Yin and Yang: Two Diaconal Moments in the Diocese of Los Angeles 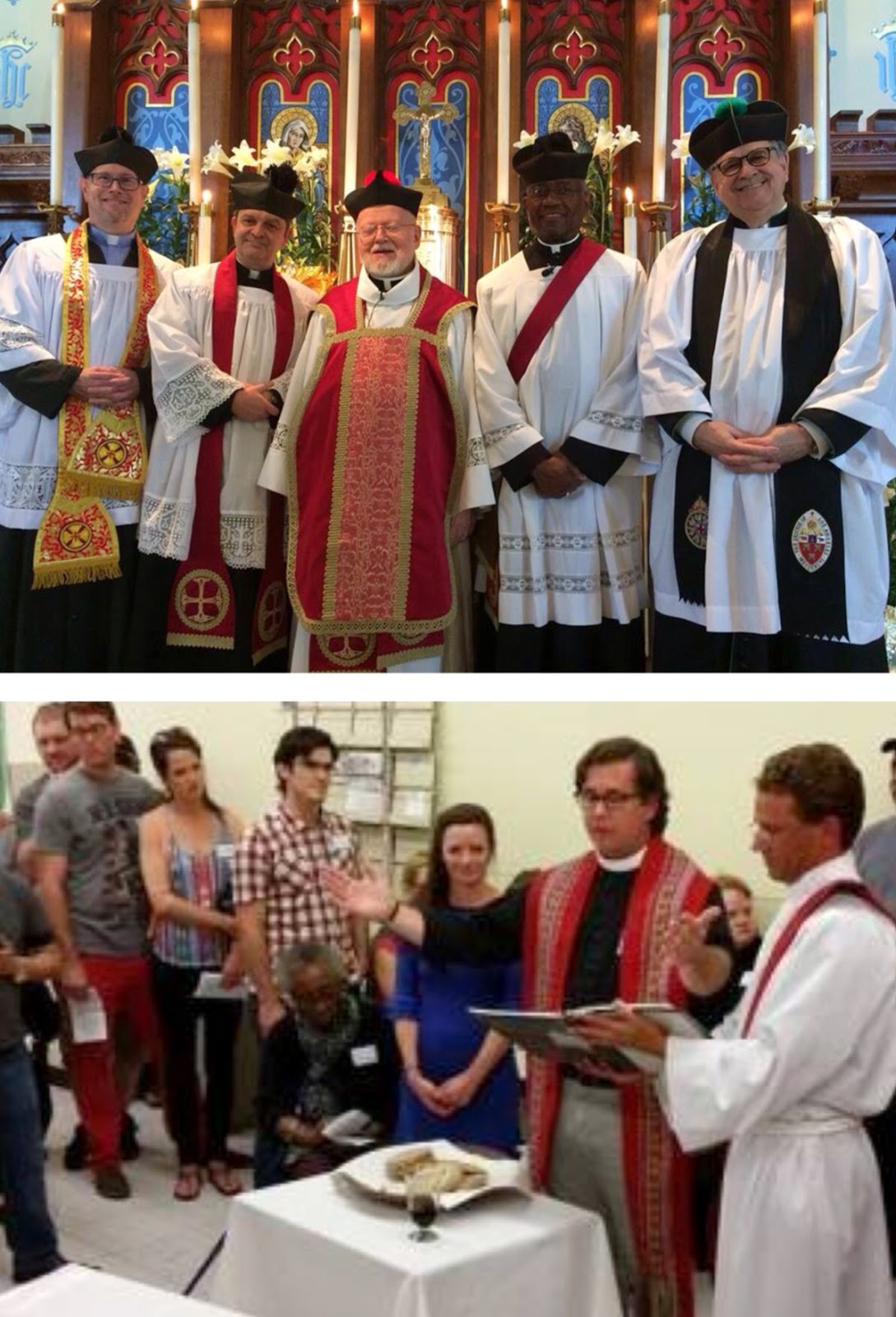 As a native of the Episcopal Diocese of Los Angeles I don't know that I've ever been prouder to be a daughter of the diocese than I was last Monday, April 28. (AS proud, perhaps, but never prouder.)

It was the day my friend and clergy colleague, John Crean celebrated the 40th anniversary of his ordination as deacon with a High Mass at St Thomas, Hollywood -- "according to the Tridentine Rite Latin Missale Romanum (1570)." There were more smells and bells than you could shake a stick at and, as the upper photo above ably demonstrates, the clergy cut very fine figures in their very zippy vestments.

Meanwhile, on the 40th anniversary of John's ordination, on the other side of the diocese Scott Claassen was ordained as a deacon by Bishop Jon Bruno. No smells. No bells. No incense. And the liturgy for ordination took place in a the Venice Beach Laundromat where Scott is part of a ministry called "Laundry Love." You can read about Scott's ordination -- pictured above -- here in this piece from the Huffington Post.

Those two diaconal moments -- literally on either end of the liturgical spectrum -- were both firmly planted within the broad range of Anglican comprehensiveness. And they were both celebrated here in the Diocese of Los Angeles on Monday, April 28, 2014.

And I, as noted above, have never been prouder -- to be an Episcopalian and to be a daughter of the Diocese of Los Angeles, where "the Episcopal Church welcomes you" isn't just the sign we hang out on our curbs, it's the value we live out in our lives: from high church liturgy to emergent church laundry love.﻿
Posted by SUSAN RUSSELL at 10:00 PM

Thank you, Susan, for your beautiful reflection. I, too, am proud to be an Episcopalian in the Diocese of Los Angeles. We are blessed. Thanks for all you do.