On Gays, the Vatican and the Episcopal Church 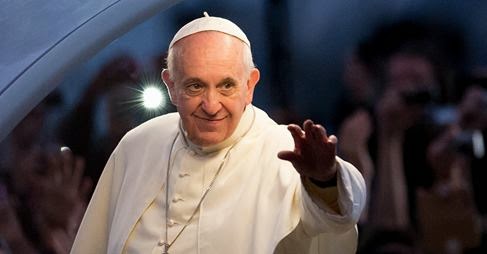 "It is the sense of this General Convention that homosexual persons are children of God who have a full and equal claim with all other persons upon the love, acceptance, and pastoral concern and care of the Church." -- Resolution of the Episcopal Church, 1976

"Homosexuals have gifts and qualities to offer to the Christian community. Often they wish to encounter a church that offers them a welcoming home. Are our communities capable of providing that, accepting and valuing their sexual orientation, without compromising Catholic doctrine on the family and matrimony?" -- Working document from the Vatican, 2014


Two statements -- issued decades apart -- by church councils struggling to respond to the conflict between ancient doctrines and new understandings: each case greeted by some as "too little, too late" and by others as "the end of the world as we know it."

As an Episcopalian busily ministering in a church on the cusp of finishing the work of fully including the LGBT baptized in all the sacraments it would be easy to dismiss the recent news from the Vatican as the former -- especially as the final version "walked back" the more revolutionary language under pressure from conservative prelates.

And yet -- as my brilliant friend Diana Butler Bass said in response -- "When it comes to God's justice, all of us move too slow, too late."

Read the rest here.
Posted by SUSAN RUSSELL at 3:37 PM