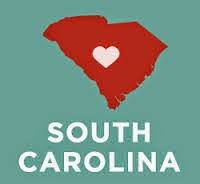 So the same day we got marriage equality in South Carolina I got an email about "The Marriage Pledge" in my inbox. Coincidence?

Interestingly -- to me, anyway -- in the same FB newsfeed was the announcement of a new initiative called "The Marriage Pledge" ... calling for clergy to cease "civil-marrying" any couples now that civil marriage is available to same-sex couples.

Seriously. From their pledge:


To continue with church practices that intertwine government marriage with Christian marriage will implicate the Church in a false definition of marriage.

Therefore, in our roles as Christian ministers, we, the undersigned, commit ourselves to disengaging civil and Christian marriage in the performance of our pastoral duties. We will no longer serve as agents of the state in marriage. We will no longer sign government-provided marriage certificates. We will ask couples to seek civil marriage separately from their church-related vows and blessings. We will preside only at those weddings that seek to establish a Christian marriage in accord with the principles ­articulated and lived out from the beginning of the Church’s life.

Please join us in this pledge to separate civil marriage from Christian marriage by adding your name.

Already much discussion amongst the conservative cognoscenti over at Titusonenine but I have to admit I just don't really "get it."

To start with -- "government marriage"???? Really -- that's a new one for me. And don't even get me started on the "in accord with the principles articulated and lived out from the beginning of the Church's life" part. Stay tuned for the History of Marriage essay in the Study of Marriage Blue Book Report to clarify just how much marriage has evolved over the centuries.

Oh, I get the arguments that clergy should quit acting as agents of the state on matter of civil marriage. I actually get the arguments on both sides of that question. In fact, those questions -- and a call for discernment on that issue -- will also be part of above referenced and upcoming report from the Task Force on the Study of Marriage.

And here at All Saints Church in Pasadena we have our own history of deciding not to act as agents of the state on marriage -- but in our case it was in order to not participate in state sponsored discrimination during the Prop 8 Era.

In point of fact for Episcopalians, our canons already give clergy the leeway to decline to preside at any marriage for any reason whatsoever -- Marriage Pledge or no Marriage Pledge. Canon 18, Section 4 (and I quote):


It shall be within the discretion of any Member of the Clergy of this Church to decline to solemnize any marriage.

Period. Seems pretty clear to me!

So what's to be gained by throwing out the bride with the bathwater in this dramatic temper tantrum -- rather than simply using their existing canonical ability to "just say no" to any marriage they consider "un-biblical?" Are the gay cooties of marriage between same-sex couples really going to sneak over and contaminate their otherwise pure marriages? Or is this just yet-another on the long list of efforts to posture and polarize instead of pastor and evangelize?

PS -- Mazel tov, South Carolina! (And I want points for managing to write this piece without bringing up Charles Manson. Until now.)
Posted by SUSAN RUSSELL at 3:19 PM

Greetings from one of your fans in South Carolina! Thank you so much for the shout out.

As a long-time reader of your blog, please know that your words, thoughts, and sermons have been like a "Balm in Gilead" to me, especially during the pre-schism years when LGBT Episcopalians were the source of discrimination and scorn by our former bishop, clergy, standing committees, and the Diocese of South Carolina at large.

Thanks be to God, it's a new day around here. Our wonderful new bishop of The Episcopal Church in South Carolina, The Rt. Rev. Charles vonRosenberg, already gave his permission for clergy to bless same-sex couples several months ago. And now same-sex marriage is legal in this state. It's all nothing short of miraculous.

Thank you for your tireless work for LGBT Episcopalians, especially those of us who felt so disenfranchised and marginalized for so long here in South Carolina.