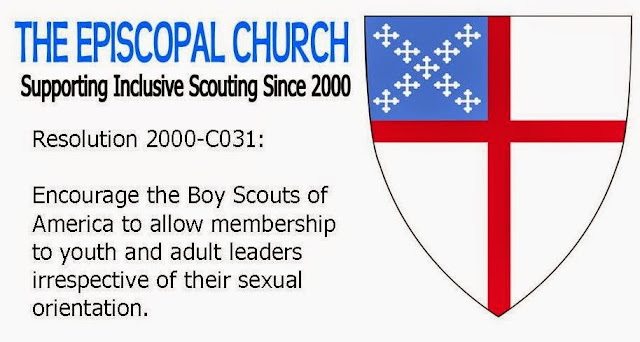 Good news from Boy Scout Land: "Boy Scouts' President Calls for End to Ban on Gay Leaders" saying "any other alternative will be the end of us as a national movement."

Here's the link to the NYT feature and here's the text of the 2000 resolution from the 73rd General Convention of the Episcopal Church calling for an end to discrimination against gay Scouts and leaders.

How much combined impact did 15 years of seeds sown by the grassroots work of churches hosting BSA troops and advocacy at the National level have? We may never know. But I think there's a parable about that somewhere.
Posted by SUSAN RUSSELL at 5:05 PM