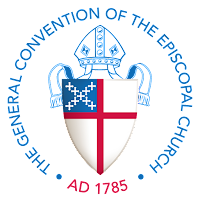 So the way our polity works in the Episcopal Church is that every three years the elected deputies (bishops, clergy and laity) meet in General Convention to make debate about, deliberate upon and make decisions for the whole church. Not everybody likes that process. Not everybody abides by it. But it is our process.

The 79th General Convention of the Episcopal Church met this summer in Austin, Texas and debated, deliberated and decided a whole boatload of things. And among those things was the creation of a number of task forces, commissions and groups to actually DO the work of convention between conventions. These are referred to as "Interim Bodies" ... and the deadline to nominate folks to those bodies is today ... August 20, 2018.

I'm telling you this not because I think you need a tutorial on Episcopal Polity on this Dog Day of Summer but because there is a boatload of important work to do over the next three years and the more diverse, expansive and engaged the members of these interim bodies are the better the whole church will be.

The list of all the options is available here ... but here's the list of just the task forces -- which are open to all members of the Episcopal Church (not just bishops and deputies) and will be convened and called to report back to the 80th General Convention in 2021:

This is a very real opportunity to raise up diversity in our leadership and empower voices throughout the church to participate in the process of governance. If you -- or someone you know -- has a passion for and/or expertise in any of these important issues please prayerfully consider putting your name forward -- or urging them to -- for consideration.

Think about it. Pray about it.

Here's the link to the nomination form.
Posted by SUSAN RUSSELL at 12:10 PM