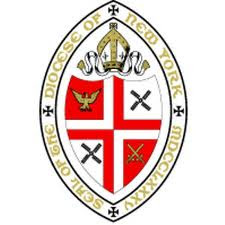 The fact that the Episcopal Diocese of New York stepped up today on marriage equality is good news not just for gay and lesbian Episcopalians but for everyone tired of having bigotry masquerade as Christianity on issues of LGBT equality.

The three resolutions on marriage equality adopted by today’s diocesan convention urge the 77th General Convention to revise the Canons of The Episcopal Church to provide for the marriage of same-gender couples and to continue the work of collecting and developing liturgical resources for the blessing of same-gender relationships. They also encourage the Bishop of New York to permit (but not require) clergy to sign marriage licenses and officiate at marriages for couples legally eligible for marriage in the State of New York.

As the anti-gay rhetoric escalates in the presidential primary campaigns it is critical that progressive people of faith stand up and speak out in rebuttal to those who presume to speak for "traditional Christian values" which have nothing to do with God's values of love, justice, and compassion and everything to do with homophobia. The Episcopal Diocese of New York stood up and spoke out today by adopting these three important resolutions, making me proud to be an Episcopalian and hopeful that other dioceses will go and do likewise.
Posted by SUSAN RUSSELL at 3:56 PM

A good thing certainly, and yet somehow I feel unclean when I see lgbt folks having to be validated by straight votes. Where do we get off? I know, it is what society needs to do and what it imposes, but still....

Thank you for a wonderful discussion of marriage equality. After more than 30 years of "full and equal claim," I for one am tired of dithering here in Virginia over whether we can bless same-gender relationship,s let alone have marriage equality.

Here is my blog post on the subject. I welcome your comments.