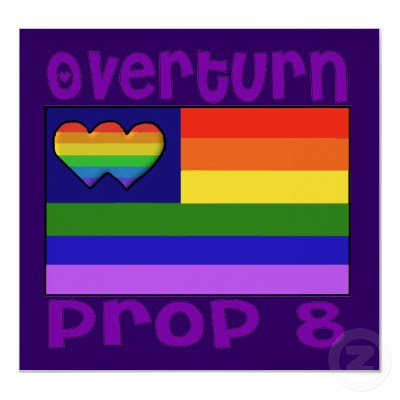 Today's ruling by the 9th Circuit Court that Prop 8 was unconstitutional is not just a victory for gay and lesbian couples in California – it is a victory for all Americans who believe that the “liberty and justice for all” in the pledge we teach our children really means ALL.

"Proposition 8 served no purpose, and had no effect, other than to lessen the status andhuman dignity of gays and lesbians in California."

It is also a victory over those who erroneously believe that the freedom of religion guaranteed by the First Amendment gives them freedom to write their theology on marriage – or anything else – into our Constitution.

And make no mistake about it: There will be much wailing and gnashing of teeth in the days to come from those in the marriage discrimination business about how their freedom of religion is being trampled on by today’s decision for equality. But the truth of the matter is they are just as free today to decide for themselves whether God equally blesses our marriages. What the 9th Circuit Court said today is that they are NOT free to decide whether the Constitution equally protects them.

A Roman Catholic priest is just as free to NOT marry a gay and lesbian couple as he is to NOT marry a divorced couple. Meanwhile, and in my congregation – All Saints Pasadena – we can now get back to the business of offering equal pastoral care for ALL couples who come to us for the sacrament of marriage – because today’s ruling affirms that the First Amendment protects not just freedom of religion but freedom from religion.

But for all the joy in today’s decision, let us not forget however that an opposite sex couple married in California immediately receives 1138 federally protected rights that the same sex couple next door doesn’t have – and won’t have until we Dump DOMA (Defense of Marriage Act.)

So today is a day for rejoicing here in California. And tomorrow we get back to work making marriage equality happen for all Americans.
Posted by SUSAN RUSSELL at 10:17 AM

And ALL the people said, AMEN.

It's telling that the dissent had to lower the standard of review in order to determine that Proposition 8 could pass muster.

I think there's a chance the Supreme Court may not entertain an appeal from this decision. It is very narrowly drawn, so that it applies only to Prop 8 in CA. Therefore, until another case arises in a state in which popular vote has taken away a right recognized by the state supreme court and the ballot initiative's supporters have prevailed at trial and on appeal, the Court may simply not believe the question is "ripe". Meanwhile, the CA stay on marriages remains in effect until the date for filing an appeal has passed.