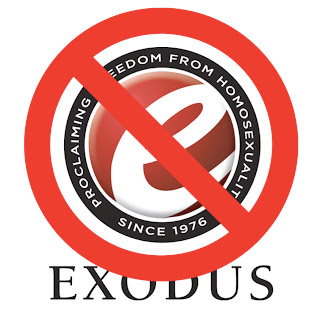 Hot off the Huffington Post: My reflection on the announcement that the notorious "pray-away-the-gay" bunch over at Exodus International are closing up shop.


There are not enough words in the world to undo the harm done to LGBT people who have been damaged, devalued and, in far too many cases, destroyed by the toxic narrative that their sexual orientation was an illness to be cured. Homosexuality does not need healing. Homophobia does.

There is not enough regret on the planet to rectify the misuse of biblical texts as weapons of mass discrimination against the LGBT members of God's beloved human family. God does not ask, "Whom do you love?" but, "Do you love?"

But -- and it is a significant "but" -- the end of the Exodus era is yet more evidence that the tide is turning, that evolution is not a theory, and that there really is a lavender light at the end of the tunnel.