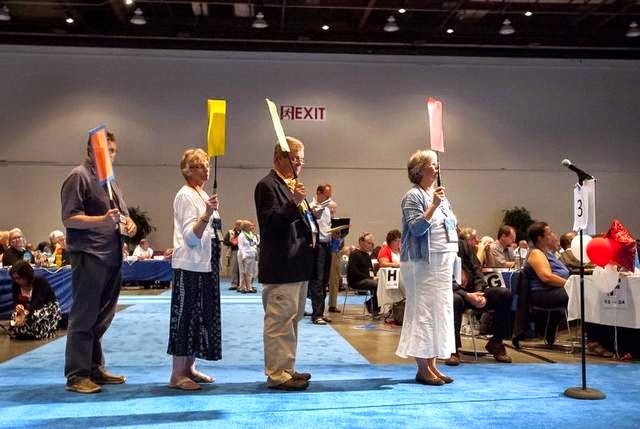 The assembly approved an amendment to the church constitution that would redefine marriage as between “two people” instead of “a man and a woman.” It also approved allowing its ministers to perform marriage ceremonies for same-sex couples in states where same-sex marriages are legal.

Read the rest here.
Posted by SUSAN RUSSELL at 2:59 PM

The catch, per always w/ the PCUSA, is approval by the presbyteries.

A major milestone! It has all really been an inch at a time, hasn't it?! Onward!