Kim Davis: Canary in the Coal Mine Called Theocracy 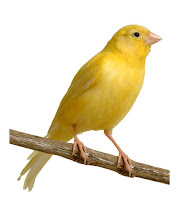 You can't turn on the news, listen to the radio or check Facebook without something popping up about Kim Davis -- the Kentucky County Clerk who has ended up in jail for contempt of court by refusing to issue marriage licenses.

My argument -- just posted over at the Huffington Post -- is that this is yet another battle in the war on our democracy being waged by those who would turn us into a theocracy -- and the issue at hand is far greater than one county clerk as the poster child for Christians Making Jesus Look Bad:


Kim Davis is arguably the canary in the coal mine called Theocracy -- "a form of government in which God or a deity is recognized as the supreme civil ruler." Her case is a test case for those who confuse their theology with our democracy and would replace liberty and justice for all with "liberty and justice for those who believe what I believe." And make no mistake about it: the threat is very real.