Of course it's almost impossible to reduce 365 days into a "top ten list" ... but since everyone else is doing it, here's my look at ten of THE top events from the year just passing away. If I did this tomorrow, the list might be different but here's what bubbles up as the clock ticks down on this last day of 2015:

January started off with the chance to go to the Diocese of Rochester and celebrate the 25th Anniversary of the ordination of friend and colleague Michael Hopkins. Yes, it was crazy cold but a good time was had by all! 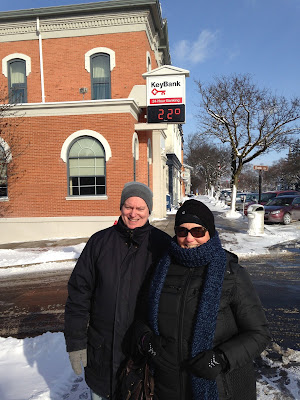 LGBT Day at Dodger Stadium made the list -- not only because [a] it was LGBT Day at [b] Dodger Stadium but because we [c] got to "double date" with Cynthia Case and her charming wife Kay Sylvester. No, it does not get much better than this! 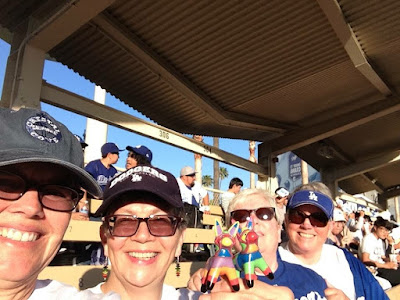 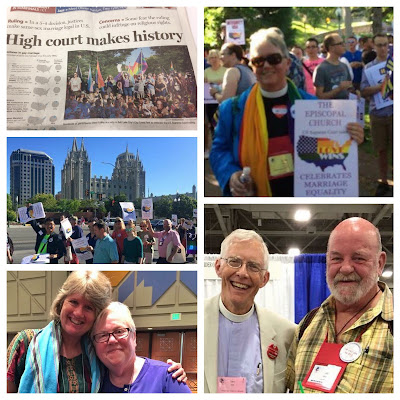 Task Force on the Study of Marriage 2.0

One of the great privileges of the last three years was working on the Episcopal Church's Task Force on the Study of Marriage -- and I was super honored to be reappointed for another three years of working with these great people on this important work. 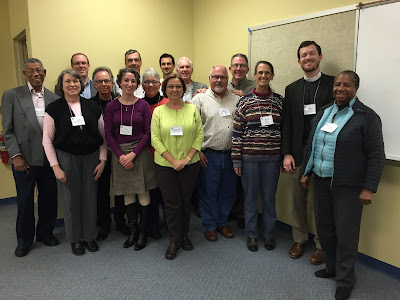 Always a highlight, this year's Diocesan Dodger Night became a "bucket list" event when Bishop Glasspool invited me to be her catcher for the ceremonial first pitch. As a lifetime Dodger fan it was the coolest thing ever to be ON the field with this great cohort of fabulous people. (And no -- I didn't catch the ball. It got past me. And having lived my worst nightmare and not only survived it but embraced it ... well, it was a once in a lifetime thing.) 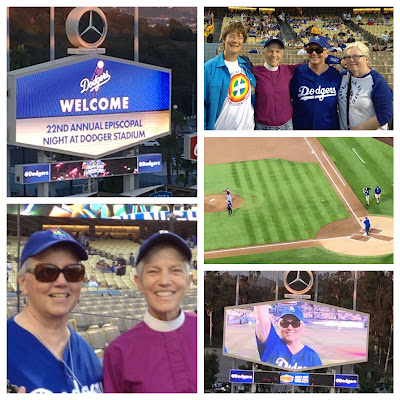 After years of graduate school, thousands of clinical hours and a boatload of studying Lori passed the LCSW (Licensed Clinical Social Worker) licensure exams (Part One & Two) ON the first try and with flying colors. #SoProud 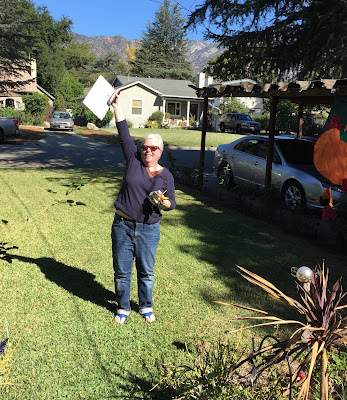 Unfortunately, this year gave us multiple opportunities to stand in solidarity with our Muslim brothers and sisters who became collateral damage in the polarized partisan political climate in a nation that should know better. (This picture from the L.A. City Hall rally against violence and extremism.) #WeAreBetterThanThis 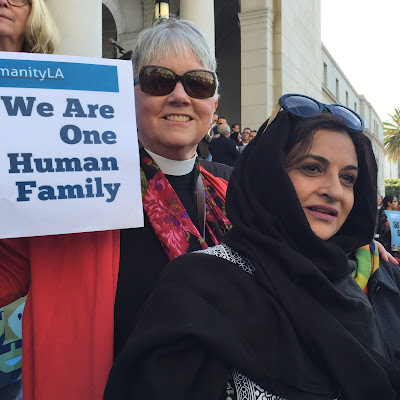 What a delight to be able to be part of celebrating the marriage of Marisa and Jenn in Portland the week before Thanksgiving. It was lovely, sweet, moving, ordinary and extraordinary -- all the things a wedding should be and made me so, so grateful to [a] be part of this family and [b] to have lived long enough to see these moments of joy and equality become a reality. 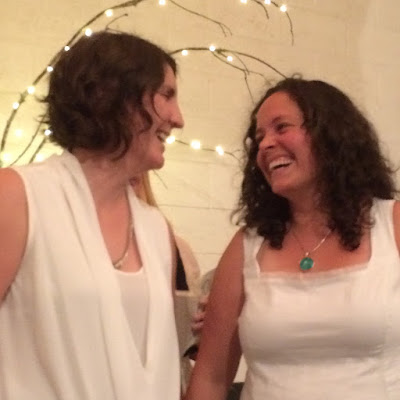 They kind of mushed together this year with Jamie home for ten days over Thanksgiving and then great church during Advent and Christmas followed by more family fun in Vegas for Christmas. So grateful. So lucky. So blessed. 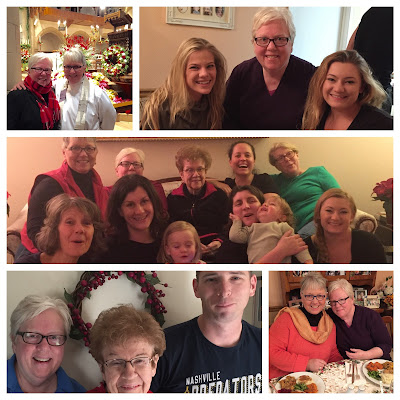 The Privilege of Working at All Saints Church

Whether all showing up in pink to support Planned Parenthood or marching in #BlackLivesMatter rallies or standing with our MPAC friends or making liturgy, pastoral care and formation happen 24/7 All Saints Church is an amazing place to live out this crazy vocation of presbyter in the Episcopal Church. #SoGrateful 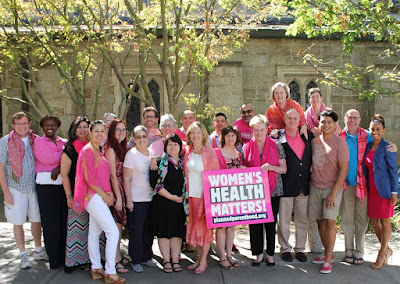 Posted by SUSAN RUSSELL at 4:03 PM