Simon Says: "Let’s get the truth of the situation out there" 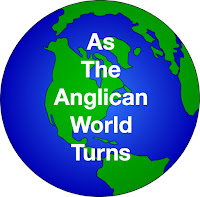 So I would say "it has begun" -- except it kind of never stops. The "it" would be on the ongoing spin of misinformation and polemic coming from the "sky is falling" contingent convinced that the full inclusion of all the baptized in all the sacraments in the Episcopal Church will be the end of the world as we know it in general and the Anglican Communion in specific.

The latest iteration is this Church Times piece by Madeline Davies making the rounds on social media and regarding the work of the TEC Task Force on the Study of Marriage.


PROPOSALS to incorporate marriage rites used by same-sex couples into the Book of Common Prayer (BCP) of the Episcopal Church in the United States will increase pressure in the Church of England to “dissociate” itself, the secretary general of the Archbishops’ Council, William Nye, has warned.

In a letter to the Episcopal Church’s Task Force on the Study of Marriage, which has produced the proposals, Mr Nye writes that, if the rites — written to be used by same-sex or opposite-sex couples — are incorporated into the BCP as the only marriage rite, “the pressure to dissociate the Church of England from TEC [the Episcopal Church], in all manner of ways, would increase”. Such a move would also be “potentially damaging” to work in the C of E to create a new teaching document on sexuality (News, 30 June), he writes.

He goes on to warn that, if provision is not made for traditionalists in the Episcopal Church, it would be a “serious blow for interfaith relations, negatively impacting Christians around the world especially in areas where they are persecuted minorities, as well as harming the stringent efforts to reinforce moderation in religious expression in countries like ours which are affected by terrorism”. The Episcopal Church’s promulgation of the new liturgies is, he writes, “at the least, unhelpful to those of us seeking to bring the Church of England’s deliberations to a good outcome.”

#1 -- Everything we do as we continue on the journey toward making the 1976 promise of "full and equal claim with all other persons upon the love, acceptance, and pastoral concern and care of the Church" to LGBTQ Episcopalians not just a resolution but a reality increases pressure on the CofE to go and do likewise. That's a given. That our differences on these matters become divisions is not.

#2 -- The "letter" written by Mr. Nye was in response to the Marriage Task Force's request for feedback ... and it has been duly received and included in our Task Force report. However -- and it's kind of a big however -- this clarifying caveat from Simon Butler ... a member of the Archbishop's Council Mr. Nye purports to speak for -- bears noting:


It’s worth making clear that, in my time on Archbishops' Council, we have never had a discussion on same-sex marriage, here or in the United States.

I’m not sure it is appropriate for a discussion among the Archbishops’ Council staff to be sent as a formal letter to another Province on AC notepaper.

If you have any connection with those who are doing the work on same sex marriage liturgies in TEC, please do let them know that, as a statement of the views of the Archbishops’ Council, it has no particular weight.

I have no problem with a statement of the current position of the Church of England being a broadly conservative one, but I am afraid it does not reflect the views of the Archbishops’ Council. We have never been asked.

Feel free to share. Let’s get the truth of the situation out there.

#3 --  There has never, ever, for one single solitary moment been any question whatsoever that provision for what Mr. Nye names as "traditionalists in the Episcopal Church" is not being and will not continue to be provided.

No one ever has -- or ever will -- compel anyone to either participate in nor to preside at a marriage they do not believe is sacramentally efficacious. Canon 18.7 clearly states: "It shall be within the discretion of any Member of the Clergy of this Church to decline to solemnize or bless any marriage." Period. Full stop.

We currently have three marriage rites that may be used with couples who present themselves for marriage. The BCP rite has language that assumes one party identifies as a woman and one as a man; a second rite which patterns the BCP rite but uses gender neutral language; and a third rite Witnessing and Blessing of a Marriage. The last two were approved for trial use by the 2015 General Convention and the proposals heading for the 2018 General Convention included continuing their use ... not incorporating them into the BCP as "the only marriage rite" as incorrectly stated by Mr. Nye.

The question on the table -- and one we will be deliberating and deciding in Austin at General Convention in July -- is not whether there is a place for traditionalists with a minority opinion on marriage equality in the Episcopal Church. It is whether those holding that minority theological perspective should have the power to deny access to the sacrament of marriage to couples seeking God's blessing on their marriage -- something that is currently happening in only 8 out of 101 dioceses.

The 79th General Convention of the Episcopal Church meets from July 5-13. We covet your prayers for our work on behalf of the Gospel.

Posted by SUSAN RUSSELL at 5:23 PM