I have had the privilege over the last six years of being part of the Episcopal Church's Task Force on the Study of Marriage. Our report and recommended resolutions have just been published -- and will be the source of debate and decision at our upcoming 79th General Convention in Austin, TX (July 5-13). Here -- for what it's worth -- are my two cents on what we're proposing and why. 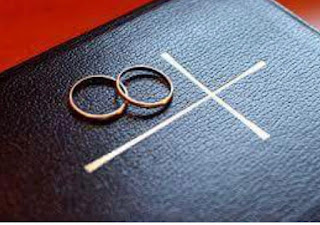 Good people of deep faith can and do read the same Scriptures and come to a variety of conclusions on a whole host of issues — and what God’s best intentions are for God’s beloved LGBTQ people is definitely on that list.

In the Episcopal Church we have been on a 40+ year journey from the 1976 declaration that “homosexual persons are children of God who have a full and equal claim with all other persons upon the love, acceptance, and pastoral concern and care of the Church.”

Since that time the church has moved forward — again and again — to turn that resolution into a reality. Just as with the ordination of women in the 1970’s not everyone has agreed … but part of our charism as Anglicans has been to claim our big tent heritage by making room for minority theological opinions. And the resolutions coming forward to the 79th General Convention in Austin maintain that trajectory.

As Anglicans we were formed in the crucible of the 16th century Reformation into a particular body ecclesial uniquely capable of being both protestant and catholic in a time when such a possibility was beyond imagining. We are, therefore, uniquely wired by our DNA to be a church that can hold together the tension of being both gay and straight ... and everywhere in between ... in the 21st century.

The question on the table -- and one we will be deliberating and deciding in Austin at General Convention in July -- is not whether there is a place for traditionalists with a minority opinion on marriage equality in the Episcopal Church. It is whether those holding that minority theological perspective should have the power to deny access to the sacrament of marriage to couples seeking God's blessing on their marriage -- something that is currently happening in only 8 out of 101 dioceses.

In the end the Gamaliel principle will determine the efficacy of the choices we have made as we respond to where we hear the Holy Spirit calling us into her future — and it will be God’s job to judge how we have responded to that call.

In Austin the Episcopal Church has the opportunity to lift up “fidelity, monogamy, mutual affection and respect, careful, honest communication, and the holy love which enables those in such relationships to see in each other the image of God” as the values that make a marriage holy. It has the chance to talk about marriage as vocation of holy love, grounded in biblical values of faithfulness and forgiveness.

Read the Blue Book Report here.
Read the Q&As prepared by the Marriage Task Force here.
Posted by SUSAN RUSSELL at 10:26 AM