"Biblical Marriage" in a Nutshell 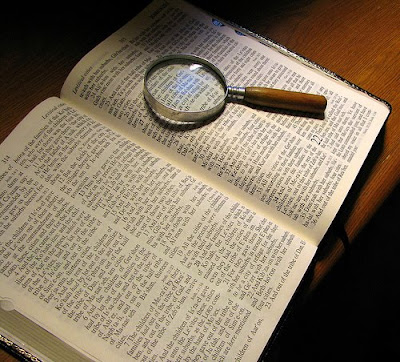 (Of course we've heard this argument before, but it's great to see it so concisely argued by such an authoritative source! One of the highlights of my seminary years was the chance to audit a Ph.d seminar Rosemary Radford Ruether was leading at the Claremont School of Theology ... she rocked then and she rocks now!)

A Biblical View of Marriage: One Man and Several Women
by Rosemary R. Ruether

Recently I was reading a newspaper article about rival demonstrations for and against gay marriage. One demonstrator carried a large sign with the mantra of the anti-gay marriage movement: “Marriage=one man+one woman.” I fantasized showing up at such a demonstration with a rival sign: “A Biblical view of marriage: one man+several women.” Unlike the fundamentalists, I could not in all honesty claim this is the biblical view of marriage, but only one of several views of marriage in the Bible. A rival view is found in Luke, 20:35, where it is said that those worthy of the Kingdom of Heaven will not marry in the present age.

In Hebrew Scripture polygamy was accepted and many patriarchs had multiple wives. One pattern was to marry sisters. Lamech (Gen 4:19) married two women and Jacob married the two daughters of Laban, Leah and Rachel: (Gen. 29:16) He later took two more wives. Solomon had seven hundred wives and 300 concubines: I Kings 11:3. Ezekiel 23 even says that God married two sisters, representing the capitals of the two nations, Samaria and Jerusalem.

The point here is not to mandate either patriarchal polygamy or New Testament celibacy, but to dispute the notion that God in the Bible mandated one view of marriage, from the beginning and for all time. Rather marriage is a human arrangement which has varied over time, according to human (mostly male) views of their needs for sex, relationship, kinship alliances and progeny. In the West in the last few centuries the need to cement social alliances through marriage and to create (male) heirs has decreased, and the primary purpose of marriage has come to be seen as love, preferably between two people in a permanent relationship.

The current call for the recognition of the legal status of marriage between same sex couples is an extension of this modern concept of companionate bonding as the primary meaning of marriage. Far from threatening heterosexual marriage, it confirms this favored view of marriage.

We modern Westerners no longer have tribes and kinship networks to sustain us through our years. We want to find a beloved companion who we can count on through our lives. Even when we fail, we keep searching for that “one and only.” (Some) same sex people simply want what (most of) the rest of us want. The insistence that we should deny them that right in the name of God and the Bible has no basis in social ethics or Biblical history.
Posted by SUSAN RUSSELL at 4:20 PM

I believe the best description of marriage as found in the Bible (though in a humorous and irreverent way) was done by Betty Bowers, America's Best Christian:
http://tinyurl.com/pkdaqe

The witnesses in the PRop8 trial have given considerable insights.

Too bad no one can see them.

You're so off base, it's funny. Just so you know. No Marriage other than 1 Man & 1 Woman was ever blessed by God in the Bible. Yes, humans went their own way, did what they wanted, indulged in their desires. But GOD NEVER sanctioned such unions. Yes, God, forgave, and chose to keep his hand in even the most unrepentant. That's his choosing.

As you know, GOD never agreed with Sarah when she offered her maidservant up to Abraham. This was totally Sarah's idea, not God's. God asked her to WAIT! God asked Abraham to WAIT! But he disobeyed. And, she disobeyed. Sarah took matters into her own hands. God never asked Abraham to lay with his maidservant, Hagar. God cursed that union! Ishmael was a violent, tortured soul, that never found peace and his mother was in constant distress. God redeemed the relationship of Abraham & Sarah, as Promised, and he decidedly chose to bless the lineage of Abraham, where as the lineage of Ishmael was cursed.... and remains cursed to this day. So as you see... God honors, 1 Man & 1 Woman.