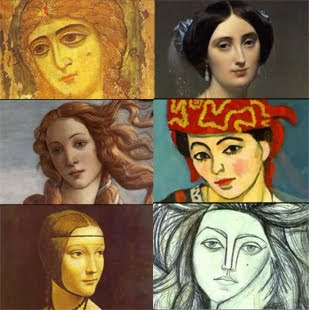 [source link] Religions derive their power and popularity in part from the ethical compass they offer. So why do so many faiths help perpetuate something that most of us regard as profoundly unethical: the oppression of women?

It is not that warlords in Congo cite Scripture to justify their mass rapes (although the last warlord I met there called himself a pastor and wore a button reading “rebels for Christ”). It’s not that brides are burned in India as part of a Hindu ritual. And there’s no verse in the Koran that instructs Afghan thugs to throw acid in the faces of girls who dare to go to school.

Yet these kinds of abuses — along with more banal injustices, like slapping a girlfriend or paying women less for their work — arise out of a social context in which women are, often, second-class citizens. That’s a context that religions have helped shape, and not pushed hard to change.

“Women are prevented from playing a full and equal role in many faiths, creating an environment in which violations against women are justified,” former President Jimmy Carter noted in a speech last month to the Parliament of the World’s Religions in Australia.

“The belief that women are inferior human beings in the eyes of God,” Mr. Carter continued, “gives excuses to the brutal husband who beats his wife, the soldier who rapes a woman, the employer who has a lower pay scale for women employees, or parents who decide to abort a female embryo.”

Mr. Carter, who sees religion as one of the “basic causes of the violation of women’s rights,” is a member of The Elders, a small council of retired leaders brought together by Nelson Mandela. The Elders are focusing on the role of religion in oppressing women, and they have issued a joint statement calling on religious leaders to “change all discriminatory practices within their own religions and traditions.”

The Elders are neither irreligious nor rabble-rousers. They include Archbishop Desmond Tutu, and they begin their meetings with a moment for silent prayer.

“The Elders are not attacking religion as such,” noted Mary Robinson, the former president of Ireland and United Nations high commissioner for human rights. But she added, “We all recognized that if there’s one overarching issue for women it’s the way that religion can be manipulated to subjugate women.”

There is of course plenty of fodder, in both the Koran and the Bible, for those who seek a theology of discrimination.

The New Testament quotes St. Paul (I Timothy 2) as saying that women “must be silent.” Deuteronomy declares that if a woman does not bleed on her wedding night, “the men of her town shall stone her to death.” An Orthodox Jewish prayer thanks God, “who hast not made me a woman.” The Koran stipulates that a woman shall inherit less than a man, and that a woman’s testimony counts for half a man’s.

In fairness, many scholars believe that Paul did not in fact write the passages calling on women to be silent. And Islam started out as socially progressive for women — banning female infanticide and limiting polygamy — but did not continue to advance.

But religious leaders sanctified existing social structures, instead of pushing for justice. In Africa, it would help enormously if religious figures spoke up for widows disenfranchised by unjust inheritance traditions — or for rape victims, or for schoolgirls facing sexual demands from their teachers. Instead, in Uganda, the influence of conservative Christians is found in a grotesque push to execute gays.

Yet paradoxically, the churches in Africa that have done the most to empower women have been conservative ones led by evangelicals and especially Pentecostals. In particular, Pentecostals encourage women to take leadership roles, and for many women this is the first time they have been trusted with authority and found their opinions respected. In rural Africa, Pentecostal churches are becoming a significant force to emancipate women.

That’s a glimmer of hope that reminds us that while religion is part of the problem, it can also be part of the solution. The Dalai Lama has taken that step and calls himself a feminist.

Another excellent precedent is slavery. Each of the Abrahamic faiths accepted slavery. Muhammad owned slaves, and St. Paul seems to have condoned slavery. Yet the pioneers of the abolitionist movement were Quakers and evangelicals like William Wilberforce. People of faith ultimately worked ferociously to overthrow an oppressive institution that churches had previously condoned.

Today, when religious institutions exclude women from their hierarchies and rituals, the inevitable implication is that females are inferior. The Elders are right that religious groups should stand up for a simple ethical principle: any person’s human rights should be sacred, and not depend on something as earthly as their genitals.
Posted by SUSAN RUSSELL at 5:55 PM

I am glad to be an Episcopalian. When I was growing up, women could not get past the altar rails, could not serve on vestries, could not usher, and similar indignities. I can recall asking the priest why my sister couldn't acolyte with me and being told "because she's a girl." My response was, "What a dumb idea." This was 1963, and I was 11. Now in 2010, my wife and I serve together every Sunday at the altar. Should I ever have the privilege to be ordained, I would want a woman bishop to do it to me.

Maybe there is such disdain for woman is entrenched with the church's historic view of woman. In Helen Ellerbe's "The Dark Side of Christianity" she writes:
The sixth century Christian philosopher, Boethius wrote, 'Women is a temple built upon a sewer.' The Council of Macon voted as to whether women had souls. Ode of Cluny declared, 'To embrace a woman is to embrace a sack of manure..St Thomas Aquinas suggested that God had made a mistake in creating woman: 'nothing (deficient) or defective should have been produced in the first establishment of things: so woman ought not to be been produced then." And ends with a statement from the Bible's Apocrypha, "Of woman came the beginning of sin/And thanks to her, we all must die."
I am glad to be an Episcopalian in these times.