And then there were 16 ... marriage equality comes to Hawaii! 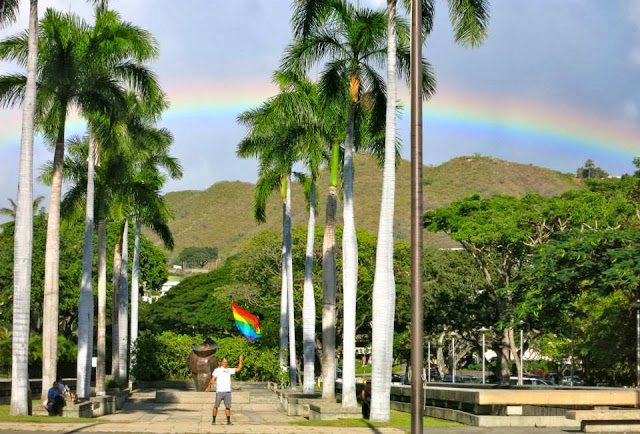 A bill that would extend marriage rights to same-sex couples in Hawaii on Tuesday cleared its final hurdle.


The 19-4 vote in the state Senate clears the way for Gov. Neil Abercrombie to sign Senate Bill 1 into law. He is expected to do so on Wednesday.
“Join with me in bending the arc of moral justice by confirming on all Americans equal treatment under the law,” state Sen. Clayton Hee said after he read a letter he received from Edith Windsor, the New York widow who challenged a portion of the Defense of Marriage Act before the U.S. Supreme Court. “Let us confirm that all marriages are equal, regardless if they may be straight or gay.”
Read the rest here ... and give thanks for all who've worked so hard for so long to make justice roll down in Hawaii. New Mexico next?
Posted by SUSAN RUSSELL at 10:27 PM