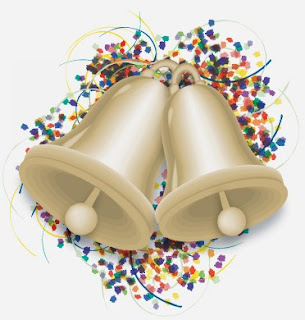 But before I head off to the OTHER things on my "to do" list (the ordinary stuff of parish priest life: a Liturgy Cluster meeting, Newsletter deadline, a Memorial Service to plan with the family and Sunday morning staffing still to do!) I wanted to add a little update to Mel & Gary's wedding yesterday and life-at-marriage-central in general.

Nice piece in Episcopal Life today, by Pat McCaughan (who was with us yesterday):

"The whole issue for us is a pastoral issue," said Zelda Kennedy, who said she first met Mel White when she baptized his grandchild. She added that 23 other same-gender couples have planned weddings at the church so far this year. The next one on the schedule will unite two women "who have made a difference in our community," Kennedy said. "They have come in and focused attention on the homeless, on people on the margins of society. It's a pastoral issue, but it's also a peace and justice issue, and as an African-American woman who is heterosexual I feel it's the right thing to do."

"Homosexual intimacy is out of bounds. It's not what God created us for," said Richard Mouw, president of the evangelical Fuller Theological Seminary in Pasadena.

Mouw cites Romans 1 in the New Testament that decries men and women abandoning "natural relations" and men "inflamed with lust for one another" committing "indecent acts with other men" -- behavior that carried death as punishment."Sexuality within the context of marriage is the order of creation," he said.

Nonsense, says the Rev. Mel White, a former Fuller professor and evangelical author who married his partner of 27 years in a ceremony Wednesday at All Saints Episcopal Church in Pasadena.

White calls the Bible a living document that must be understood in its historical context -- a view shared by reform-minded clergy and theologians from other faiths.Early Jews and Christians, White said, defended a heterosexual ethic to ensure the continuity of tenuous tribal communities.

These religious pioneers, he added, had no way of foreseeing modern advances in psychology and other fields that would reveal homosexuality as an orientation rather than a choice.

"The Bible says as much about sexual orientation as it does about toasters or nuclear reactors," White said.

All Saint's rector Ed Bacon presided over the intimate service with approximately 20 friends and family in attendance. He may have surprised a few parishioners and reporters present by noting that the marriage rites were not magic, that after exchanging vows the couple would be no more married than they were before. "Mel and Gary have been living these vows for almost three-decades already," he explained. What they now were, however, was legal, he continued, "a sacred rite of love and justice at the heart of Jesus' teaching and the California Supreme Court's decision" legalizing same-sex marriage.

==========
Meanwhile, over at Stand Firm, the "loyal opposition" has reached a new benchmark in civil blog discourse with this thread posted yesterday: Liar, Liar Pants on Fire.

No quotes from that one, kids. You'll have to venture over there yourselves to "feel the love." (And before I get deluged with "why do you dignify that stuff with a link" let me just say that I find an episodic reality check on just how low the defenders of Christian Values will sink is helpful to keep it all in context.)
.
And this just in from our friends at HRC ... a chance to "share the joy" with couples all over the country AND to support the important work of seeing Marriage Equality is here to stay: HRC's Wedding Registry
.
More later!

I went visiting over at the Stand Firm site. I didn't feel the love.

I guess there are some people in life that I will never understand. I think I'll just leave it at that.

Congrats to all of the California newlyweds and best wishes to those in the (quite lengthy!) cue.

I feel really sorry for those folks. On top of being bigoted, mean-spirited, and narrow-minded, the TOOTH FAIRY apparently doesn't visit them any more! What could be more sad?

That doesn't sound too bad.