My, My, My! All is evidently not well in the House that Schism Built! 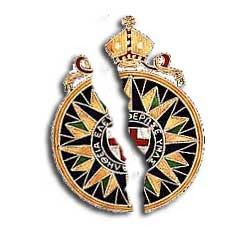 This just in from Rwanda:

The head of the Anglican Mission in America has been threatened with ecclesiastical discipline for contumacy. Unless Bishop Chuck Murphy repents of his disobedience and apologizes for his offensive statements within seven days, the Rwanda House of Bishops will assume that he has “made a de facto choice to withdraw as primatial vicar” of the AMiA.

To save you having to look it up (like I had to) contumacy is:

a stubborn refusal to obey authority or, particularly in law, the wilful contempt of the order or summons of a court

So the pattern continues. Evidently Chuck Murray's conviction that having Sole Possession of the Absolute Truth provides free reign to follow the rules they like and ignore the others wasn't just an Episcopal Church thing. And it looks like his new boss is a LOT less patient with that than his old one was.

You'll probably want to read it all here -- even if it is by George Conger. And stay tuned for future developments. Odds are there'll be some.
Posted by SUSAN RUSSELL at 5:28 PM

Is anyone really surprised about this development? Maybe the Global South contingent will realize someday that they have been used by the schismatics.

Look for more of this kind of thing in the years to come.