What A Difference A Decade Makes 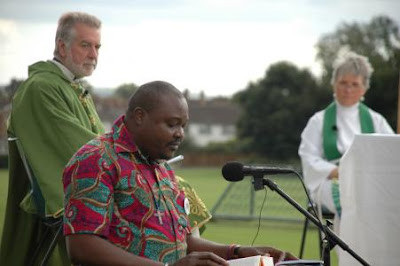 I was looking for some data to respond to a history question follow up to some of our work in Austin and came across this link on the Episcopal Church’s website. (click on picture below to go to page) 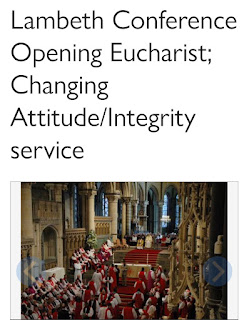 It is an album of photos from the Lambeth 2008 Conference.

What is remarkable (to me) about it is that it includes both the Official Opening Service at Canterbury Cathedral and our Integrity/Changing Attitude “fringe Eucharist” up on the hill … what we called our “Strangers at the Gate” service.

A flood of memories came rushing in but the primary feeling was some awe at how far we’ve come in 10 years … and true amazement that the official archives of the Episcopal Church represents these images as equivalent parts of our Episcopal Church history.

I think it’s fair to say we could not have even begun to imagine that could be the case when we gathered on that hill overlooking Canterbury Cathedral … a place where +Gene had literally been locked out and we were truly the strangers at the gate.

We may not be “there yet” as a church or as a communion -- but we are where we are at least in part because of everyone who worked to make that moment on that hill possible … and all the moments before and after. And that includes not just the folks who were there but those who supported us in getting us there and in all the work ... before and after and still before us.