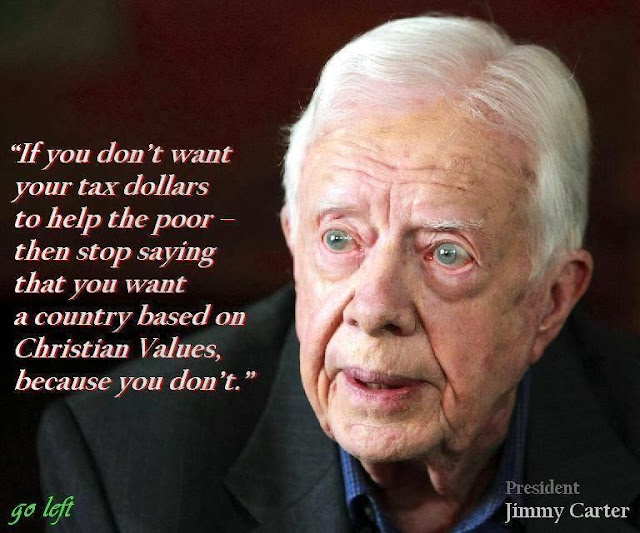 Funny, I wonder if his administration was as commented to anti-poverty programs as he was when he got out of office. I remember a famous picture that he got criticism for, which was him wearing a cardigan during the economic recession.

I don't get your point.

According to this report from 1977, very committed.

Carter has gotten better and better with time. Nobody is ready to be President; some do poorly in office. Post-presidencies can be a real boon to the world if these people choose. They have nothing more to prove, have freedom to engage with reality in a way that no striver can.

I would say that he should take another look at what Jesus and the various Apostles said in the New Testament. There is certainly constant exhortation to support the poor, the disabled and sick, the widowed and orphaned. But I do not remember Jesus ever mentioning government as having a necessary or even optional role in that - and he was speaking in the context of one of the largest, broad-reaching and highly bureaucratic governments this planet has seen. That doesn't mean that it CAN'T. But it does mean that Pres. Carter's comment would not seem to be in accordance with Scripture, as he seems to be saying that it MUST.