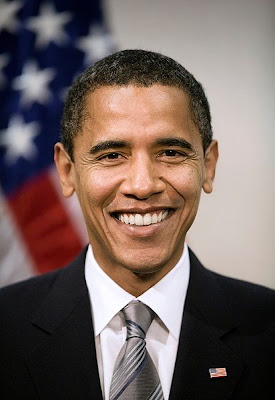 And then there's this report from Keen News Service on a conversation this week between President Obama and five "progressive bloggers" who were -- somewhat surprisingly -- given 45 minutes with the president on October 27. Check it out:

Obama said he is a “strong supporter of civil unions” but that he has been “unwilling to sign onto same-sex marriage primarily because of my understandings of the traditional definitions of marriage.

“But I also think you’re right that attitudes evolve, including mine,” said the president. “And I think that it is an issue that I wrestle with and think about because I have a whole host of friends who are in gay partnerships. I have staff members who are in committed, monogamous relationships, who are raising children, who are wonderful parents. And I care about them deeply. And so while I’m not prepared to reverse myself here, sitting in the Roosevelt Room at 3:30 in the afternoon, I think it’s fair to say that it’s something that I think a lot about.

"That’s probably the best you’ll do out of me today.”

It may be the best we could do that day but it is not good enough.

And ... when I think that if we'd had that same conversation with the last guy in the Oval Office -- well, we likely wouldn't have. But IF we'd had the conversation, it would have been with the guy who pushed for a Federal Marriage Amendment.

And now we've got a guy who isn't where we want him to be but who is willing to say "it's something that I think a lot about."

Who recorded a video for the "It Gets Better" project sending a message of hope to LGBTQ youth.

But let's get back to marriage equality. And let's remember that "it may be the best we could do that day but it is not good enough" ... and then let's keep giving our president what he needs to "reverse himself" and get himself on the right side of history.
====
UPDATE: Washingon Post agrees: Obama begins shift on marriage equality
Posted by SUSAN RUSSELL at 11:40 AM