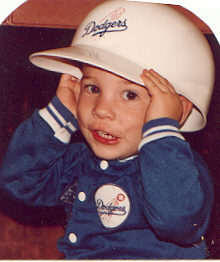 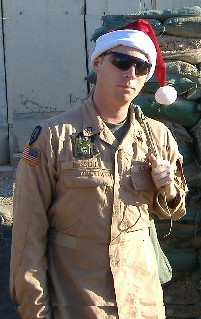 ... I know they say that time flies when you're having fun but WHO KNEW a quarter of a century could go by so fast?

I had hoped to find an actual "baby" picture of His Nibs tonight but this one of him at about 2 1/2 in Dodger regalia is the closest I can come up with (and he's probably just as happy that's the case!)

This is Mister "I've had a five year plan since I was five years old" living out his dream of training to be a pilot ... and while I'd a whole lot rather he was living that dream in ... oh, let's say INDIANA rather than IRAQ I'm terribly proud of the great grown-up he's turned out to be.