The Beginning of the End of An Era 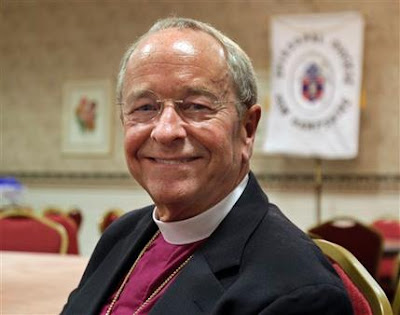 Integrity joins with the Diocese of New Hampshire in celebrating the work and witness of Bishop Gene Robinson as we enter a time that is arguably the beginning-of-the-end-of-an-era. And we look forward to moving more fully into God's future to a time when all the baptized are fully included in the Body of Christ!

AP's Rachel Zoll was on top of the story, as usual ... and Laurie Goodstein just posted this piece in the New York Times. I was pleased to see that our "No Anglican Covenant" campaign got some attention in her article:

Late last month, an international coalition of liberal Anglicans started a campaign to reject the covenant, saying, “The covenant seeks to narrow the range of acceptable belief within Anglicanism.”

The group, Anglicans for Comprehensive Unity, said, “Rather than bringing peace to the Communion, we predict that the covenant text itself could become the cause of future bickering and that its centralized dispute-resolution mechanisms could beget interminable quarrels and resentments.”

Meanwhile, the Concord Monitor offered this "on site" reflection from a diocesan delegate to the convention:

Nicki Bourne of Grace Episcopal Church in Concord, said Robinson has shown her and the wider church that living as a Christian means being open and welcoming to all people. “And not just gay people,” she said. “It is a constant reminder that we should be inclusive of all people and to show rebounding love.”

And what better could anyone ever say about ANY of us as we work to make God's love known in the world?

So prayers ascending in thanksgiving for the gift of the last 7 years of +Gene's work and witness in New Hampshire and to the whole church ... and in anticipation of more good things to come!
Posted by SUSAN RUSSELL at 3:04 PM

ETERNITY on the Saints Calendar!

Blessings to the good Bishop and his family, and celebration of his faithful service ... and understanding the need for a well-deserved break from the stress

Gene+ is an amazing man. If aliens landed their space ship in my yard and demanded that I show them a Christian, I would without hesitation take them to New Hampshire and introduce them to him. New Hampshire has him for 2 more years -- that is grace and blessing.