ROUND ONE TO +ROWAN (The Pilgrims would be so pleased!) 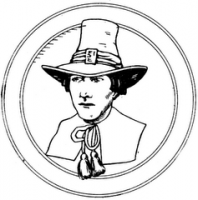 The first round on the Anglican Covenant debate went to +Rowan Williams as the Church of England Synod voted today to continue to consider the ill-conceived proposal by sending it to dioceses for further consideration.

The chamber at Church House in London was full for the lengthy debate, which saw a number of Synod members express their reservations about the Covenant.

In his last speech to Synod, the Bishop of Lincoln, the Rt Rev John Saxbee, said the Covenant represented “factory farmed religion rather than free range faith”.

“I entirely support the process – so long as it doesn’t end,” he quipped.

He said a Covenant would only lead to a two-tier Communion and second-class Anglicans.

His comments reflect the concerns of opponents and even supporters of the Covenant who fear it would stymy diversity and centralise the Communion in such a way as to make it too authoritarian and overly focused on discipline.

The traditionalists dismissed the covenant as "fatally flawed," but the plan also has been attacked by liberals within the church.

"While we acknowledge that the efforts to heal our brokenness through the introduction of an Anglican Covenant were well intentioned, we have come to the conclusion the current text is fatally flawed and so support for this initiative is no longer appropriate," said the statement from leaders of the Fellowship of Confessing Anglicans and the GAFCON movement.

The statement was endorsed by archbishops from West Africa, Rwanda, Tanzania, Nigeria, Uganda, Kenya, Australia and Anglican Church of North America, a breakaway group from the Episcopal Church.

Meanwhile, the No Covenant Coalition issued this statement:

“The No Anglican Covenant Coalition is disappointed that the Church of England has voted to continue consideration of the Anglican Covenant. The debate made it clear that many members believe the Covenant will undermine the traditional Anglican comprehensiveness. We have lost this round. We will continue to oppose the Covenant in the Diocesan Synods and work to defeat it when it returns to the General Synod.

“We note that the GAFCON Primates have said ‘the current text is fatally flawed and so support for this initiative is no longer appropriate.’ A two‐tier communion appears to be unavoidable.”

I'm finding it ironic that this step toward dismantling historic Anglican comprehensiveness was taken on the Eve of the holiday that celebrates our Puritan ancestors -- those who abandoned their Sceptered Isle for America the Beautiful because the CofE wasn't "pure" enough and wasn't "scriptural" enough for them.

Who left home because the Big Tent of traditional Anglicanism was TOO big and who came here to start over and live out their dream of a sola scriptura church with more ecclesiastical rules for the hierarchy to enforce and less elbow room for the Spirit to move.

Ironic that the CofE our Puritan ancestors fled is now on the verge of throwing in their lot with those who would have them become more the church those Pilgrims came here to create. My, my, my.

Happy Thanksgiving, anyway! (Yes, please to the turkey. No thanks to the theology!)
Posted by SUSAN RUSSELL at 8:31 AM

Do you even pray for ++Rowan,Susan? Yes, he is a man and yes, he should have spoken out against laws that would have people killed for their lifestyle choices. In that, he failed. But he is only trying to keep the communion from splitting further. We are the reason this is happening right now. The leadership we chosen decided to stop calling sin what it is. This is our fault. TEC has no one to blame but itself.

I really can't understand why you are so bent this week regarding the covenant thingy. It doesn't mean anything; there is no "big tent" or an "Anglican Communion" for that matter. It's just a bunch of different groups who pretend to know each other.

Daily. He's a nice man. A man I met and admired before he was ABofC. And I believe he's wrong on this one. And I don't have time take the "calling sin what it is" bait. Been there, done that ... you can keep the tshirt this time. I have pies to bake and a turkey to stuff.

Just Me ... stay tuned and I'll write more about why it matters. To me. But for now see above referenced pies and turkey memo.

I'm sorry you see the words of those who think otherwise as "bait". Very sorry indeed.

Martin T -- give it up - we are just not going to agree with you on the place of gays and lesbians in the church -- no matter how many covenants or bible verses you throw at us. We will continue to witness to the Christ we see in this world (incarnation), in the love between same sex partners and in the faithfulness of our sisters and brothers. Hopefully we can all break bread together in the mean time.

Likewise,Ann. But I'm still going to call it like I and the majority of the Christian community see it. Sin will never get the stamp of approval from me. As for the Eucharist is concerned, I'm not responsible for those who eat and drink condemnation upon themselves. They will have to answer for that, not me.

They will have to answer for that, not me.

"I wept, because I had no shoes. Then I met a man who had no feet": you remind me of that saying, Martin T.

Prayers, that God grant you feet (or rather, that you stop refusing the feet God would give you).

"Lfestyle choices?" Really? Is this what your gay friends have told you, Martin T.? Is the science of epigenetics, in your mind, no better than palm reading or astrology to you?

And, just wondering, do you the time, with all of your posting here, to also post daily over at the Red Lobster web site? There's lots of lifestyle abomination going on over there as well.

If anyone is interested in the science of genetics and epigenetics as related to orientation, I have a genetics primer at my blog Gay married Californian.