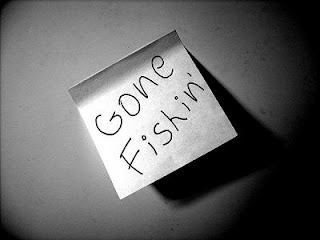 Here's the note I just posted to our Bishops-and-Deputies list serve as we head into the week-after-the-week-after General Convention #77:

As the dust and press coverage continues to settle from our time in Indianapolis the fact that there are mixed reactions to our collective work and witness is indisputable. We’ve heard some of the negatives from the much-discussed op-eds in the NYT and WSJ … and we’ve seen some stellar responses from bishops, deputies and others in presenting the positives. And as we head into the week-after-the-week-after what is resonating for me is the sermon Bishop Robinson preached at the Integrity Eucharist – where the “punch-line” was a call to evangelism – and it sounded something like “Are you gonna sit there or are you gonna fish?”

I know we’ve had much discussion on this list about the pros-and-cons of taking “political” positions – which I’d call “principled positions with political implications” but let’s not quibble. My point isn’t to re-engage that debate but to point to some concrete responses from those who find in our commitment to the 4th mark of mission … “to transform unjust structures of society” -- such good news that it calls them to check out the Episcopal Church … many for the first time.

My case in point is the blog I posted to the Huffington Post yesterday. Entitled “Episcopal Church Urges Congress to Dump DOMA. So What?”

Here’s just one of the comments: “In response to this story I immediately went on Google and found a local Episcopal Church to attend on Sunday (they even have a female priest), I am very excited...”

And here’s another … from an earlier blog post filed from Indianapolis: “It's amazing that some churches can go out of their way to make sure everyone feels welcome. Someday I may walk into your church just to see what it’s about. KristineE.”

And finally this moving comment from “Melissa” -- “You make me want to believe in God. I think you have interpreted with love, kindness, and thoughtfulness the true doctrine of Christ. For what it's worth, you make me wish I believed, so I could belong to a group with you as such a member. I think the Episcopal Church just may save the soul of Christianity with its open and affirming love, which is truly Christ-like in my opinion.”

RNS just published a new study that indicates a record 19% of Americans now identify as “None” when it comes to religious affiliation.And those statistics include a host of folks who think they know enough about being a Christian not to want to be one – until they hear about the Episcopal Church. I truly believe we’ve climbed over that fence between fear and possibility the Presiding Bishop talked about in her Sunday sermon in Indianapolis. The question before us is no longer who will leave unless we circle the wagons … it is who will come as we widen the circle. And the way to find out is to go fishing.
Posted by SUSAN RUSSELL at 1:26 PM

Hi Susan! I apologize for putting this as a comment but I didn't see a way to contact you directly. Mike Morrell and I really appreciate your blog, and think you'd be an excellent candidate for our Speakeasy Blogger Network. Do you like to review off-the-beaten path faith, spirituality, and culture books? Speakeasy puts interesting books in your hands at no charge to you. You only get books when you request them, and it's free to join. Sign up here, if you'd like: http://thespeakeasy.info

You're not on any contact lists, I promise; if you don't respond, that's it, and the invitation is open as long as you're actively blogging. Hope you join us!