Salem parish "in the red"

From the front page of today's Salem News 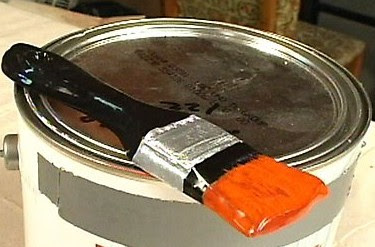 Pastor has door painted red to signify welcoming tradition
[Salem] The massive double door on St. Peter Church is more than 200 years old but had gone largely unnoticed in recent years. Maybe that's because it was green and blended with the leafy surroundings of historic downtown Salem.When the Rev. Paul Bresnahan, the church's new priest, arrived earlier this year, he was surprised to see a green door.
"My wife said to me, 'What happened to the red door?'"She asked about the color because Episcopal churches traditionally have red doors. It is the color of the blood of Christ and through history has served as a symbol of safety and sanctuary.
But the color red has even more meaning to Bresnahan. It also represents a welcoming church, a church that opens its arms and doors to everyone regardless of race, creed, color or sexual orientation.
.
That's important to the 61-year-old priest, who is married and has three sons. "I was brought up by a gay uncle," he said, "and two of my kids are gay."
============
Read the rest here ... and give thanks for this outward and visible sign of God's inclusive love in Salem!
.
Posted by SUSAN RUSSELL at 1:04 PM

This is a lovely commentary. I wish all Episcopal Priests leading a congregation could stand this clearly on this issue. I am the result of a priest who was unwilling to stand up for what he said he believes in, gay rights, and sold me down the river. I had begun the discernment process and was doing well until the Bishop discovered that I was Gay. End Of Story. I live in a small community with only one Episcopal church, no red door, and no where to go. I have found solice in my personal relationship with God. It's too bad the church wasn't big enough for me. I could have been even more valuable to the congregation than the breif 3 years I gave it. Thanks for the article and the reassurance that all is not lost. I still get requests to come back. But I have moved on.

I fully understand Trent's feelings as I struggle with similar issues nearly everyday; had it not been for one vicar who held on to me & my partner of 29 years until we "got it"(Christ's love), we would not have come back to ECUSA in 1998.Now post GC 2003 in a conservative GA diocese, it's a daily struggle; but we stay, having completed EFM, with the knowledge that others have had longer struggles and it takes us to show Christ's love back until the others "get it".

Hi Trent,
I am the priest in the door way and just say your post...and so God bless you! My uncle happened to be gay but stood by me when my dad died. I have two kids who happen to be gay...and it would be unthinkable for me to do otherwise by stand by them and all those who have for so long been held at arm's length...Bless you Trent.
God will prosper you yet in ways you will have yet to fully understand...as the Porteugese are fond of saying "Deus escreve certo por linhas tortas"...(God writes straight with crooked lines)...what looks dim and dark now will come to God's full light in God's good time.
Paul of Salem.