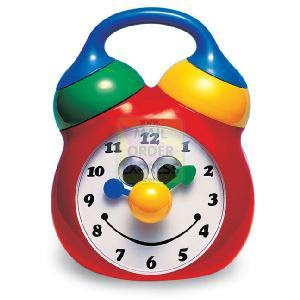 WE'RE RUNNING OUT OF 2007!
.
I'm working on "year in review" piece and suggestions for inclusion in my "Top Ten Episodes of 'As The Anglican World Turns'" would be gratefully received.

In the meantime, I did a little blog cruising this morning and found the OTHER clock ticking away is the how long until the breaking news of the premiere of "The Grinch Who Locked Out St. Nicholas" in San Joaquin makes it onto the "reasserter" blogs.

Titusonenine is leading with: "Finding Alzheimer’s Before a Mind Fails," "Elmer Gantry Turns 80" and "Religious Based Family Planning." (Give them a "A" for "ecclectic" but hardly breaking news!)

Stand Firm is focusing on: "Most Encouraging Stories in 2007," "Most Outrageous Stories in 2007," and a "Spongian Flashback" about Lessons & Carols. (Hmmm ... a 1997 piece by Jack Spong is more newsworthy than a renegade bishop changing the locks on a mission vicar ... of ST NICHOLAS Church ... on CHRISTMAS DAY??????)

In the interest of fairness, I'm also wondering why this hasn't been a story picked up by ENS. The last thing we heard about the situation in Atwater was this December 20th article about letter from St. Nicholas' vicar Fred Risard asking for clarification from the erstwhile bishop of San Joaquin on his proposed December 23rd visit to the congregation.

The letter engendered no response, the visit is detailed over at Fr. Jake's ... and we now know that the Christmas Day Lock Out was the final act of this shocking abuse of power by the Grinch of the Southern Cone.

We know that NOT because the neo-con blogs have breathed a word about it all but because of courageous faithful folks in San Joaquin determined to "Remain Episcopal" who are getting the story out from behind the Purple Curtain maintained by the erstwhile Bishop of San Joaquin.

Susan, this is perfect. Just perfect. Thanks!

A commenter at Jake's has reported that even mentioning the situation at St. Nicholas Atwater will result in one getting banned at Stand Firm and, presumably, Titus One Nine as well.

It appears to me that the "problem" has fallen into the lap of the Review Committee charged with making a determination and recommendation, now that it appears +JDS has renounced the Discipline of The Episcopal Church, and thereby abandoned communion. This committee consists of Bishops Henderson (USC), Ohl (NwTx), Jones (VA), Rivera (Oly) and Waggoner (Spo), The Rev. H Scot Kirby (EauC), The Rev. Carolyn S. Kurh (MT), Mr. J. P. Causey (VA), and Mrs. Debora J Stokes (SoOH). (See page 33 of the Journal of Convention 2006). Their action, described under Canon IV.9.1 as a "duty" is now required.

Oh, my vote would go for the Greg Griffith debacle at SFiF. Which one, you ask? Ah, yes. The one wherein he "innocently confused" the identity of a picture of a transgender person in a Gay Pride Parade and was absolutely, positively certain that it was Bishop Barbara Harris.

Of course, he didn't check any sources or run any checks on the photo. Hey, when you are a certifiable bigot, if you've seen one person of color, you've seen 'em all. Nothing like "truth by blatant assertion."

Nah, don't waste it on that.

I would say the Dar es Salaam Statement wherein everyone was strong-armed by Akinola to 'sign on', except - oops! - there was no paper and no ink. And now, all the neo-cons and fed-cons are screaming, "Bureaucratic fraud at 815."

That was the statement that also came with a deadline, remember? Except, it's only a deadline if you THINK it's a deadline.

Yet one more classic example of the dynamic which marks (or mars) the ever-splintering Right- shooting yourself in the foot and blaming everyone else because you're limping.

Yup, Dar es Salaam has to be in the top ten.