Do not fear or be in dread 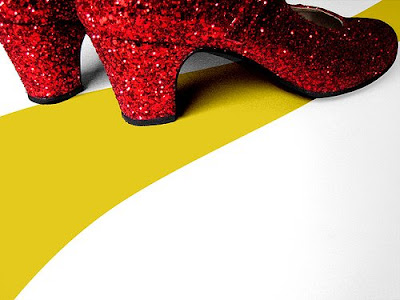 From the Blog of the Reverend Michael Hopkins: Rector of St. Luke & St. Simon of Cyrene Episcopal Church in Rochester NY:
Saturday in Advent 2: St.Lucy's Day

I had said to myself when I began these reflections that I would avoid any current controversies in the church, but I just cannot do it today with this verse that leapt out at me from an otherwise very difficult reading. So here goes a little reflection on the state of Episcopalianism.

On December 3, a group of dissident Episcopal-related bishops, clergy and lay people (some dissident for as long as 130 years) declared themselves to be a new Province of the Anglican Communion--"the Anglican Church of North America" (there are some Canadians in this movement; no Mexicans that anyone is aware of, and, yes, Virginia, there are Mexican Anglicans). .
.
Within a couple days the leadership of the Communion (including the Archbishop of Canterbury's office) said they had no application for such a province to be created, but that there was a process for the recognition of a new Province, one that would take many, many years.
.
This process, however, includes the express permission of the "primate" of the Province in whose territory (the church does very much still think of itself in terms of geography) a new Province would be "carved out." Our Presiding Bishop or the Archbishop of Canada are likely to do that when pigs fly (whether they are or are not wearing lipstick).

In the meantime the dissidents exist, it seems, not so much to be honest dissenters (I have been one before and still am in some respects from certain policies of our larger Church--it's a rather jolly good place to be, actually), but arrogant noisemakers. Their potential new "archbishop," the former (now deposed) Bishop of Pittsburgh, Robert Duncan said this on December 3:

Now that could be the new definition of arrogance in the Oxford Dictionary of the Christian Church. As my friend Canon Mark Harris said on his blog, Preludium, "It is the height of arrogance to declare that the Lord Jesus Christ is somehow directly responsible for the size or shape of The Episcopal Church or any other ecclesial body in the actual world of principalities and powers." Episcopalians have always known better than to speak about God in that kind of language. Besides arrogant, it is theologically blasphemous and practically foolish (one always ends up being wrong when one makes such stupid pronoucements).

All of this is to try to keep our pot stirred. Keep Episcopalians' anxiety high and keep them focused on the issue that causes the most people the most horror across the world: two men or two women sleeping together. [Pause to allow the time for your required shudder].

So here comes Isaiah with advice for the Episcopal Church, loud and clear, "Do not call conspiracy what these people call conspiracy and do not fear what they fear or be in dread." God I love being a biblical Christian.

In other words, pay no attention to the man behind the curtain. Go out into the holy city, click the heels of your ruby slippers together and tell the good news to Kansas.
Posted by SUSAN RUSSELL at 10:29 AM

yes, Virginia, there are Mexican Anglicans

Bless you Padre Miguel! We are few in number, struggling for our daily bread, but we are faithfully here.

And our primate, Su Excelencia Reverendisimo Carlos Touche Porter, being good friends with Kate and Fred, is not likely to give ± Duncan permission to invade North America either.

Father Michael has a delightful writing style. It is campy enough to make one think him family.

Thank you, dear Fr. Michael, for reminding us that the man behind the green curtain is no wizard after all, just a deposed bishop who is silly enough to think that God can only be on one side of a human disagreement.

Thanks, Fr. Michael, for reminding us that the man behind the green curtain is no wizard, just a deposed bishop who seems to think that God can only be on his side of things.

Yes, David, Michael is INDEED past-Integrity president ... my friend, mentor, colleague and hero ... and I had the high honor of being the preacher at his 2004 wedding to his amazingly fabulous partner, John Clinton Bradley.

The Church I will be attending in 2009, St. John's of Indio, is 90% Mexican Episcopalian. The Mass is partly in Spanish, partly in English, which I welcome because I really do want to learn Spanish. (If I had to redo the educational system, I would require all children to be bilingual to graduate.) Mexican Episcopalians are a real positive. I can't say enough good things about them. Mexicans generally have a great work ethic and make excellent employees. Mexican women have long hair more often than not. Mexicans appreciate the Blessed Virgin Mary, particulary, Our Lade of Guadalupe and the Real Presence in the Blessed Sacrament. And I love Mexican food. Mexican Episcopalians are a formidable force in our future. They are a blessing! Thank you, God!

I know a little about a lot, but not a lot about anything!

I do know who is the current president of Integrity!

We have two congregations in my parish in la Diócesis del Norte, la Iglesia Anglicana de México, with two sets of clergy.

I am a member of la Parroquia de la Sagrada Familia. Our services are in Spanish.

Holy Family Parish is English -speaking expats from mostly the USA, with services in English.