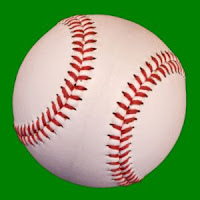 This just in from Borowitz Satire Land:

In their latest bid to beef up their pitching rotation for the 2009 season, the New York Yankees today signed Iraqi journalist Muntadar al-Zeidi to a three-year deal worth $32 million.

The right-handed al-Zeidi, 28, impressed the Yankee scouts with his performance in Baghdad yesterday when he threw both of his shoes at President George W. Bush.

While neither of the shoes hit their target, both throws "had great velocity and good movement," said Yankee owner Hank Steinbrenner.

"The first shoe was high and outside but the second one was right down the middle," Mr. Steinbrenner said.

The Yankee boss said that he was also impressed with Mr. al-Zeidi's fighting spirit when Secret Service agents tackled him.

"That could come in handy when we have a series with Boston," he said.
.
Posted by SUSAN RUSSELL at 2:41 PM

"That could come in handy when we have a series with Boston," he said.

Normally, I don't approve of violence, but throwing a shoe pales in comparison to the atrocities this individual committed in his official capacity. I can forgive the reporter.

Ahem, Jim. BEARS! But the Yankees can have him. He did miss after all. 8>)