Perspective is a terrible thing to waste!

from Fiat Lux ... the blog of the Rector of St. Paul's, Charlottesville, Virginia ... who helps us "do the math" on the Schism Du Jour: 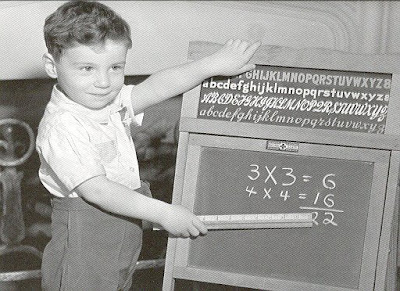 There are four dioceses which have declared their secession from the Episcopal Church – four out of 110 dioceses. The four that have gone are small. How many people do they represent? Judging by total reported attendance, the breakaway dioceses boast, at best, about 20,000 people, and that is assuming everyone in all four dioceses have left the Episcopal Church, which they have not.

To put that in perspective, the total attendance for the Episcopal Church is about 804,000, so the breakaways represent a bit more than 2 percent. In terms of membership, we are at about 2.15 million, and the breakaway churches have about 49,000 members (again assuming all 49,000 are seceding, which they are not). To put it another way, the total communicants of the Diocese of Virginia is considerably larger than the four breakways dioceses combined. Again, do the math – they may be loud, but the breakaways aren’t large.

Next, let me offer a few observations about all of this:

The breakaway bishops agree on one thing: they don’t want gay people in the church. Beyond that, they are already finding it difficult to find common agreement, much as they label what they are doing as a “common cause.”

There are already schisms within the schismatics. Bishop Jack Iker of Fort Worth, who has for years been vocally against the ordination of women, has already said he is in a state of “impaired communion” with another of the breakaway dioceses because that bishop is ordaining women.

And just because a group of disaffected former Episcopalians wish to call themselves “Anglican” does not make them Anglican any more than it makes them astronauts. The definition of what makes an Anglican an Anglican has to do with being in communion with the Archbishop of Canterbury. The breakaway bishops have not been recognized by the Archbishop and they’ve given no indication that they even wish that recognition.

Read the rest here ... and then get back to making Advent Happen!
Posted by SUSAN RUSSELL at 10:33 AM

The breakaway bishops agree on one thing: they don’t want gay people in the church.

The Church exists to welcome sinners, to help them see their sins and to guide them towards repentance and God's grace and love in forgiveness.

What these churches do NOT want are people who deny the teachings of the Bible and of Christ, who insist that something that is sinful is actually not. You can be gay and know it as a sin just as I can be a glutton or someone else can be an adulterer and know it as a sin. We can all want to change; we can all fail; we can all come to Church for inspiration, hope and to get a renewed purpose.

But to be able to see homosexual behavior as a sin, as something that can and should be controlled with the help of God would work against your purposes; so you say something like this.

Ron, they want gays in their church the way the bus companies in Selma wanted African Americans on their busses ... sitting in the back, keeping their mouths shut.

"they want gays in their church the way the bus companies in Selma wanted African Americans on their busses ... sitting in the back, keeping their mouths shut."

. . . singing in the choir; helping with the flowers and the Christmas greens, and tithing of course. Don't forget tithing. They're fine with our talents, our money, and, for some odd reason, those of us who are prepared to lie about ourselves.

The gay couple down the block have lived together in a committed relationship for 20 years, raised two children, taught Sunday school, and tithed.

Who is living the sinful lifestyle?

Where I have a seen mainline Christian congregations say we don't want gays in our church? I can give you two examples of prominent churches who fired their organists, after years of service, for the "sin" of being gay.

Can anyone give us an example of anyone being told "We don't want gluttons in our church?" Have Mike Huckabee, Pat Boone or Bishop Akinola weighed in on gluttony lately? Any ballot initiatives on gluttony lately? Any full page ads in the New York Times condemning gluttony recently? Anyone beaten in New York City yesterday, by attackers who mistook the victims for gluttons?