Fun Facts to Know and Tell About Invocations @ Presidential Inaugurations 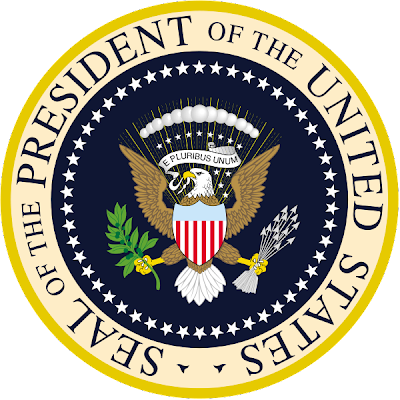 So I was websurfing while half-watching the Broncos & Chargers and found some Fun Facts to Know and Tell about Presidental Inaugurations:
According to Wikipedia (that "source authority" for all kinds of things) the custom of having a prayer as part of the Presidential Inauguration began in 1933.
.
Here's a link to the list of who prayed at which one every four years since then -- both Invocation and Benediction.
,
Posted below are links to Invocations from '89, '93, '97 and '01 -- AKA "The Graham Years." (Billy Graham the first three and his son, Franklin, the fourth.)
Couldn't find a copy of 2005 ... but that year (interestingly enough) the Invocation was given by Episcopal priest the Reverend Dr. Louis Leon -- rector of Washington's St. John's Church Lafayette Square.
.
The impetus for all this rummaging about was this interesting email, received on Boxing Day from a former All Saints colleague:
.
Over Christmas dinner some friends hatched a plan to make the inauguration invocation everything it could have been. We are calling it 'The Inauguration Project.' Look for a website by the same name in the next few days. What we are doing is inviting alternative inaugural prayers either in text form or YouTube video.
.
The results will provide an amazing tapestry of American voices in prayer. We will the invite folks to put Rick Warrenon 'mute' and enjoy an alternate prayer of their choice. We will be using Obama's Facebook groups and e-mail network to spread the option. We are all Barack supporters who feel gravely disappointed by the choice of a Warren to pray at the inaugural. We had hoped for real change -- a group prayer led by rabbis, imams, pastors, priests etc. to reflect the unity in diversity of Americans. So let's be the change we want to see. Stay tuned!
.
Stay tuned, indeed!
Invocation Achives:
1989 Inaugural Invocation with Reverend Billy Graham with George Herbert Walker Bush:

2001 Inaugural Invocation by Franklin Graham at the inauguration of President George W. Bush, January 20, 2001, in Washington, D.C.
Posted by SUSAN RUSSELL at 6:59 PM

Added the links to the Graham invocations to the wikipedia article.

According to one of the sources. Episcopal Bishop Sherrill back in 1953 gave the shortest inaugural prayer on record. Afterwards he supposedly said “I think it’s absurd to have all those prayers and I think it’s a bore. I think it’s bad for religion.”

The longest prayer apparently was Cardinal Cushing's in 1961 which lasted 12 minutes.

I think the prayers should be moved away from the main ceremony (there is also usually at least one prayer service). But then I'm a non-theist so what do my views matter.

Hmmm . . . well, I suppose Rick Warren is better than Franklin Graham, but not by much.

Please do keep us posted on the "alternative invocation." The two professors over at The Kitchen Table Blog suggested this last week. What a GREAT idea. I would have put Rick Warren on 'mute' anyway. How great to have an alternative that we can all pray together.

As BHO says, "Be the change you seek."

I'm still troubled by the reasoning that a number of commentators have used - "he's good on treatment for HIV+/AIDS victims, therefore he should get a pass even though he's anti-gay."

Or, as Frank Rich said more elegantly, Fighting AIDS is not a get-out-of-homophobia-free card.

The best that can be said is most people won't remember who gave the invocation. Just as most of us probably didn't know who gave it in earlier ceremonies. The fear is that Rick Warren will try to use it to claim to be the 'nation's preacher' and to speak for the 'religious' in this country (a situation that neither liberal Christians, Catholics, Orthodox or non-Christians are likely to find appealing).

The sound you hear is "erp" hitting the nail on the head.

That's what -- for me -- this is all about. Obama's going to have who he wants to have give the invocation at his inauguration. But the outrage around Warren has sent a VERY clear signal from the religious mainstream in these United States who have for too long sat idle while the right wing wing-nut-idealogues have tried to hijack our political system to serve their theological agendas.

I do not believe it was ever an acheivable goal to keep Warren from giving the invocation. I DO believe it is an ACHEIVED goal to prevent his anointing as "America's Pastor" -- in which case, the work will have been worth it.