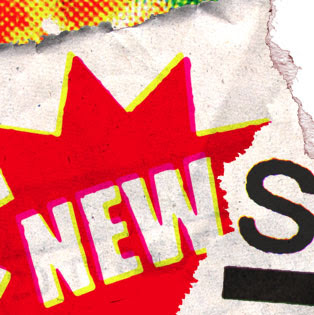 How nice to check the Google News Alert on "Episcopal" and find the lead stories are now ones about the Episcopal Church getting on with its mission and ministry -- not about former Episcopalians meeting in Chicago trying to figure out how to resign from the Episcopal family but keep the deed to the family home. (Along with the china, silver, etc.)
I hope we see more of this in the days and weeks to come ... and part of what's going to make that happen is those of us committed to moving this church forward getting serious about getting those stories out to the media in a way they can hear them as a counter to the well-oiled, spin machine of the Schismatics.
My favorite story from Riverside this weekend (and I'll write more about convention in general after I've recovered from the big-old Sunday morning we had today!) was about the fairly-new rector of St. John's in San Bernardino -- hardly the hotbed of liberal activism -- telling me how anxious he was to get his church listed on the Integrity Welcoming Parishes list because there were new people showing up BECAUSE of the Episcopal Church's stand on Prop 8 -- people disgusted with religion being used as a blunt instrument of bigotry and looking for something different.
Have we got a church for you!
So here are the reports I found this morning on Google News. Note that several of them bear a hard-to-tell-the-difference-between resemblence between the printed story and the Integrity press release.
LESSON #1 in "Media 101" -- (now pay attention, class!):

We can't complain about the media
only telling one side of the story
if we don't tell them ours!

LA Episcopal Diocese wants gays to become bishops (AP Story)
L.A. Episcopal Diocese to let gays be bishops (KTLA)
At Riverside convention Episcopalians say no to ban on gay bishops (San Bernardino Press-Enterprise)
[from the article] On Saturday, the Riverside Convention Center was swept by a sea of green cards -- displayed for 'yes' -- in a vote on a resolution that calls for reversing the moratorium [on gay bishops.] A few scattered red -- 'no' -- cards dotted the room.
The Rev. J. Edwin Bacon, rector of All Saints Episcopal Church, a congregation in Pasadena with a long history of social activism, argued that the Bible does not condemn loving same-sex relationships, only exploitative sex. Bacon recalled how when he was growing up, a pastor told his congregation that racial segregation was God's will.
In the same way, he said, some use the Bible to discriminate against gays and lesbians. The moratorium, he said, "is blatantly discriminatory. It tells a lie about God's love -- radically inclusive love -- for everyone."
===
Here endeth the "news in review" ... will post others if they come along.
.
Posted by SUSAN RUSSELL at 2:17 PM