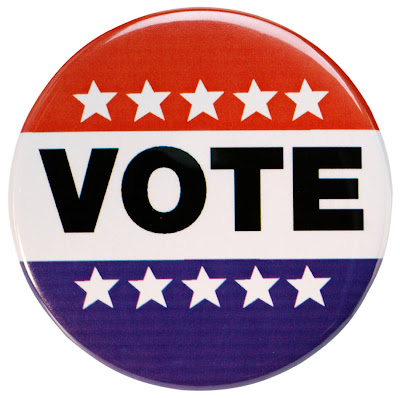 The Human Rights Campaign and Logo television channel are combining resources to present VISIBLE VOTE '08 ... yet-another forum with presidential candidates ... this one for Democratic candidates and centered around LGBT issues. Candidates scheduled to participate are Clinton, Dodd, Edwards, Gravel, Kucinich, Obama & Richardson.
.
I have been privileged to be invited to be part of the studio audience for the live forum airing tonight and I am thrilled to be able to be part of this opportunity to give visible witness to the often ignored voices of LGBT people of faith. (Yes, I'm wearing my collar and no, I don't expect to get to do anything other than sit there and behave myself!)
.
Here are the details from the HRC website: The one-hour event will be held on Aug. 9 at 6 p.m. PT / 9 p.m. ET in Los Angeles before a studio audience and broadcast live, without commercial interruption, exclusively on Logo’s 24/7 cable television channel as well as through live streaming video at LOGOonline.com. This event marks the first time in history the major presidential candidates will address a live GLBT television audience.
.
The Visible Vote website is still offering an opportunity to submit questions for the candidates online -- I just sent one in ... give it a try!
.
"Film at Eleven" as they say!
.
PS -- Oh yes, the panel asking questions will be HRC President Joe Salmonese, journalist Jonathan Capehart and someone named Melissa Etheridge. Woo Hoo!
Posted by SUSAN RUSSELL at 11:42 AM

Thanks, Susan! I submitted a question, too, and will be watching tonight. I really have been wondering how they will handle the inevitable "do you believe in marriage equality and equal civil rights" questions. I'm afraid there will be some squirming on stage tonight, as there has been a lot of waffling from these candidates in the past -- especially Hilary Clinton. I'm hoping for the best.

I'd love to hear your thoughts/impressions when you have time. You looked great, by the way. The camera caught you many times in the audience - - we were looking for you!

And BTW, I realize I referred to you rather familiarly in my above comment, instead of as Rev. Russell as I should have. This blogging thing makes me feel like I really know people or have met them in a sense, which is of course untrue. No offense is intended if any, indeed, was taken.