Just because you're not paranoid ...

... doesn't mean there aren't people out to get you! 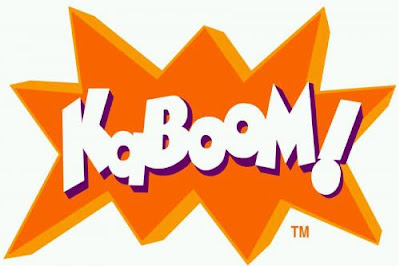 From Doug LeBlanc's story -- filed April 3 with The Living Church -- this little bit of Fun Facts to Know & Tell About the Agenda of the Orthodite Right:

[TLC] The Anglican Church in North America is unlikely to be recognized by the See of Canterbury, a leader of the American Anglican Council said on April 1.

“We do not believe that Canterbury will recognize us, at least while the current archbishop is still in office,” said the Rev. J. Philip Ashey, the AAC’s chief operating officer and chaplain, in a brief speech in the suburbs of Richmond Va.
.
Fr. Ashey compared the AAC to the Special Forces of the U.S. military. “Like Special Forces, we go behind the scenes and we blow up things,” he said.
.
=====
.
So there you have it.
.
I used to get accused of hyperbole (imagine!) when I said the AAC crowd was ready to split the church if they couldn't recreate it in their own image. Turns out "split" was too light a thing ... now, by their own verbiage, they're in the "blowing things up" business.
.
And we care about this because????
.
Because these guys are like ants planning to show up at our picnic. No longer members of The Episcopal Church, they are planning to show up in Anaheim to "assist the orthodox" ... at least according to the 3/20/2009 issue of the AAC Weekly Update:

Pray for the orthodox bishops, clergy and laity who will be deputies to General Convention. The AAC will be there to assist the orthodox in their witness. .

Assist "the orthodox"?? Like with "special forces" working "behind the scenes" to "blow things up?"

Remember that the next time some well meaning "moderate" says, "Well, maybe if we just wait a little longer -- do a little more theology -- have some more dialogue."

Been there -- done that -- got the B033 tshirt.
.
Time to MOVE ON ... and that's what we'll be asking our bishops and deputies to do in Anaheim in July -- ants at the picnic and Special Forces notwithstanding.
.
Posted by SUSAN RUSSELL at 5:50 PM

Good grief! Praise the Lord and pass the ammunition!
I'm with you. We've talked, and talked, and tried to conjole, and not step-on-toes and be "extra nice". These guys are not interested in a real dialogue. They have left. LET THEM GO!! We must be the church that we are... which means to live up to the sign outside the church doors, "The Episcopal Church Welcomes You". That means all the "yous".

And these people claim to be Christian? Gimme a break!

War-like language and intent is precisely what drove my (disturbingly to his dad) conservative son to re-examine and ultimately change his views on church blessings for lesbian/gay couples. (To his credit he always favored 'civil unions' I did something right as a daddy!)

I wonder if these people realize how many folks they loose precisely because of the war and combat imagery they indulge in? I think we should publish their comments and the Chapman Memo far and wide.