It just gets curiouser and curiouser 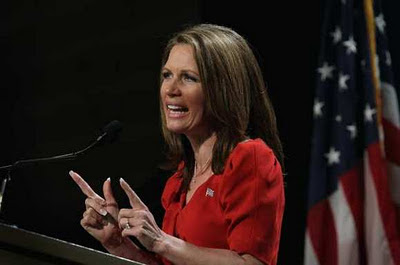 Removing any trace of doubt about their actions, Michele Bachmann’s staff in New Hampshire released a letter Monday stating unequivocally that they had in resigned en masse and that they expressly blamed a lack of communication between the staff and Bachmann’s campaign for the decision.

Citing a failure to communicate as the cause of the departures was laced with irony, after a mini-drama played out Friday in which Bachmann’s campaign didn’t appear to realize that its New Hampshire staff had walked out, instead claiming that all was well.

Read the rest here ... Seriously! This is starting to sound like an American Monty Python episode!
Posted by SUSAN RUSSELL at 10:24 PM