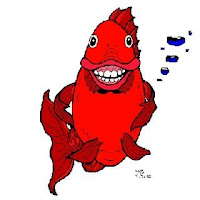 Here are a few more thoughts on today's CA Supreme Court decision ending the right of doctors to discriminate against LGBT patients:
.
Before the anti-marriage equality folks start cranking up their red herring machine to try to "spin" this court decision as "the thin end of the wedge" that will lead to "making clergy marry gay couples!!!" remember:
.
1 - On May 15, 2008, the California Supreme Court struck down discrimination re: Civil Marriage. Period.

2 - Freedom of religion quarantees that no clergy person can be compelled to act against their conscience in the exercise of their pastoral duties.

3 - There are other places where California civil law regarding marriage differs from the canon law in some traditions. For example, California has had no fault divorce since 1970 and lawyers have not been lining up to sue Roman Catholic priests who won't remarry divorced couples. Neither will they be lining up to sue those clergy whose theology precludes their presiding at the marriage of a gay or lesbian couple.
Posted by SUSAN RUSSELL at 5:07 PM

The First Amendment prohibition (applicable to the States under the Fourteenth Amendment) is against legislating "respecting an establishment of religion" or "prohibiting the free exercise thereof".

When someone explains to me how the practice of medicine is either a religion or a form of religious observance, perhaps I'll understand how the doctor got into court to begin with. It was a frivolous lawsuit from day one.

I love the graphic! Wherever did you find it?

On the actual topic, that spin is the same as the prediction that if gay/lesbian folks can marry, straight marriage will be killed. Why has it not died in Massachusetts? Has anyone reported a sudden drop in straight marriages in California?