We're just back from Minnesota ... thanks to all those who've sent cards, notes, emails and prayers. We're very grateful and very glad to be home.
. 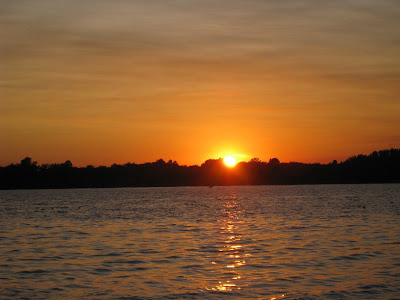 Betty Lou (Bundy) Brown, 82, died July 24, 2008 at her home in Alexandria.
.
Betty was born August 19, 1925 in Alexandria to Anna Hesse and Worth Bundy; the second of their two children. Her mother died when Betty was only 3 years old and a few years later her father’s remarriage brought Tillie Gustafson into the Bundy family; Betty’s much-loved stepmother.

A cheerleader at Alexandria High School, Betty graduated in 1943. She traveled to Washington, D.C. and worked in an FBI office during World War II and then moved to Los Angeles, where she found work in “the movie business” as the head usherette at the Los Angeles Theatre. It was there that she met William “Bill” Comstock Brown and they married in May of 1953.
.
Their daughter, Susan Lynn, was born in June 1954 and son, Bill Jr., in September 1955. The Brown family was raised in Southern California, but frequent summer vacations in Alexandria kept Betty and her family in touch with friends and relations in Douglas County. An avid golfer, bowler, crossword puzzler and baseball fan, Betty was a full-time homemaker who volunteered at her church and was involved in local community projects. A lifelong Lutheran, Betty was a member of Calvary Lutheran Church.

Her husband, Bill, died in 1987 and after a number of years spending summers in Minnesota and winters in California, Betty eventually returned to Alexandria to live permanently in 2001.

Betty loved to knit and crochet and was always working on a sweater or afghan for somebody. Another favorite pastime was bingo and she enjoyed frequent casino field trips with her Bingo Buddies. She was a faithful attendee of her Class of ‘43 reunions at Alexandria High and enjoyed the blessing of many lifelong friendships.

She is survived by her daughter, Susan Russell of Pasadena, CA and her son, Bill Brown of Santa Ynez, CA; grandchildren, James and Brian Russell and Jennifer and Christine Brown; brother, Don Bundy; and sisters-in-law, Irene and Shirley Bundy.
.
Betty was preceded in death by her husband; and by her brother, Bill Bundy.
.
A funeral service was held Tuesday, August 12 at Calvary Lutheran Church in Alexandria.
Posted by SUSAN RUSSELL at 7:02 PM

I've been holding you in prayers as I know I have been in yours. Losing our mothers 5 days apart while we were in London is a strange bond.

I trust we have given Betty and Lydia much to discuss from their places at the heavenly banquest.