Some GOOD news from Sacramento for a change 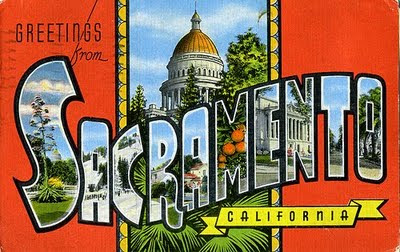 From a news report:

The California Assembly today gave final approval to a bill sponsored by openly gay State Sen. Mark Leno that will require the state’s public schools to “fairly and accurately portray the lesbian, gay, bisexual and transgender (LGBT) civil rights movement and the historic contributions of the diverse LGBT community in social science instruction,” according to a release from the Gay-Straight Alliance Network.

“We can’t tell our youth that it’s OK to be yourself and expect them to treat their peers with dignity and respect when we deliberately deny them accurate information about the historical contributions of Americans who happened to be LGBT,” Leno said.

“This is a victory not only for the LGBT youth in California who have been fighting to be heard in Sacramento and represented in their history classes, but also for all California youth who deserve to learn a fair and accurate account of California and US history,” said Carolyn Laub, Executive Director of Gay-Straight Alliance Network.

Here's a link to the GSA press release.

Pick your metaphor: toothpaste out of the tube: train has left the station; queers are out of the closet. Whatever you want to call it it's a sign that we are moving forward into a future where LGBT Equality WILL happen ... even if we're still moving forward an inch at a time.

Giving thanks today for this particular inch ... and for all who worked so hard to make it happen!
Posted by SUSAN RUSSELL at 3:09 PM

Y'know, I *like* to think that my hometown and I (where I again reside) don't make GOOD news *that* rare!

But yes: this development is excellent.

True story from my Sacramento youth: I was playing in the concert band, at the high school graduation a year or two ahead of my own. In the graduate speech, the brand new high school grad spoke of her various fears in beginning college, listing them woefully, Woody Allen-like. When she got to "Are there really FAGS at Berkeley?!" she brought down the house. Everyone guffawed, including deeply-latent Me. This was ~1978.

I really hope changes like the one mandated in the bill mean not only will such thoughts not be spoken as punchlines, they won't even be thought. Yes: fags, dykes, AC/DCs and trannies are EVERYWHERE . . . and we're GLORIOUS! (And, we're your family, and best friends. And bishops. And, God-willing, saints)