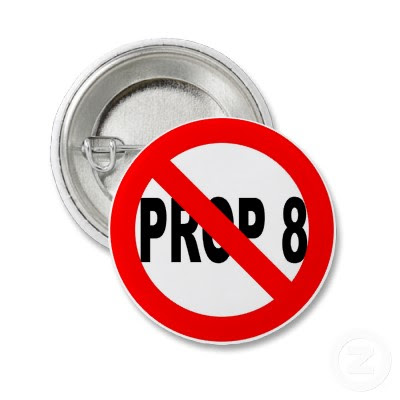 Yes, word just in (well, about an hour ago "just" in) that Judge Walker will file his ruling on Perry v. Schwarzenegger between 1 & 3pm tomorrow.

Places to watch this developing story:

The Courage Campaign's Prop 8 Trial Tracker ... they've got great up to the minute coverage.
Here's the U.S Court site where the decision will "appear" at the appointed hour.

The Announcement on the court site was short and sweet:

On August 4, 2010, the court will issue its written order containing findings of fact and conclusions of law following the court trial held in January and June of this year. The order will be e-filed in the court�s Electronic Case Filing system, and will be immediately available thereafter through ECF and PACER. There will be no court proceeding associated with the publication of the order.

A small number of hard copies will also be made available for public review shortly after the order is e-filed in the following locations:

So we shall see what we shall see. I've already had a call from an NPR reported wanting to know where I'll be tomorrow and if I'll have comment. (I'll be on the other end of my cell phone and of COURSE I'll have comment!) No matter what the decision is it will just be one more stepping stone this journey toward justice.
Here's praying that it's two steps forward and not one step back!
Posted by SUSAN RUSSELL at 6:50 PM

"Haven't you read, that at the Beginning the Creator made them Male and Female...[heterosexual]... for this reason a Man will leave his Father and Mother [heterosexuals] and be united to his Wife, and the two will become One Flesh... so that are no longer Two, but One. What GOD has joined, let no one separate...[or introduce genital variations] "

Jesus, your God, said.." Not everyone can accept this Word, but only Those to whom it has been given. Some are Eunuchs [impotent w/ women], because they were born that way; others were made that way by men [castrated]... and others renounce marriage as they wait upon the Kingdom of Heaven...." Matthew 19.

Bless your heart ... thanks for stopping by. Intrigued though I might be, I'm too busy tonight with Decision Day Eve details to pursue any further discussion on "genital variations."

Simply, LGM, what "Jesus said" is IRRELEVANT to a question of CIVIL marriage.

The civil law is not determined by one faith group's holy documents. Live your life by that if you choose, but you don't get to choose for everyone else.

Our Civilian Laws are very much concerned with Morality.

Moral guidelines come from God, not from man.