Every day, thousands of gay and lesbian students are verbally and physically harassed in schools. BULLIED centers on the powerful story of Jamie Nabozny, a gay teenage boy, tormented for years by classmates. Jamie fought back, not with his fists but in a courtroom. His historic federal case established that gay and lesbian students have a constitutional right to be free from harassment and bullying. 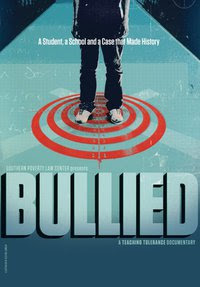 Bill Brummel's latest short documentary project, BULLIED, starts a limited one-week theatrical run on Wednesday August 25. Brummel will be there on Saturday, along with some of the cast and crew. It's narrated by Jane Lynch, and includes a song by Ben Harper, with lyrics by Maya Angelou.

Watch the trailer on You Tube