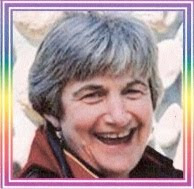 A Presbyterian Judicial Council at the Presbytery of the Redwoods, handed down guilty verdicts in three of the four charges lodged against Rev. Spahr for performing the ceremonies. Two charges that she violated the Presbyterian Book of Order, that forbids PCUSA clergy from representing that "a same sex ceremony is a marriage," by performing the ceremonies, and another charge that she violated her ordination vows by failing "to be governed by the polity of the Presbyterian Church," were sustained by 4-2 votes. A fourth charge, that she "failed to further the peace, unity, and purity of the church," was unanimously rejected by the six-member panel.

Rev. Spahr could have been defrocked for the violations, but the council heeded the request of prosecutor JoAn Blackstone who asked that the penalty be censure. The panel has stayed its formal rebuke, however, until Rev. Spahr can appeal to higher authority within the church.

While the verdict is heartbreaking for Rev. Spahr, who has been before the panel twice before and been acquitted, the judgment against her is both bitter and sweet as the panel used its decision to take the larger church to task for failing to see the validity of same-sex marriages, and for failing to extend grace to all who seek it from the church.

In one of the most powerful passages of the decision, the panel begs forgiveness for the couples that Rev. Spahr legally married back in 2008. Eleven of them had testified on her behalf before the panel.

"As a commission, we give thanks for the courageous and heartrending testimonies of the married couples who shared with us their great hurt through the policies of our church. We also thank them for the joy in marriage they shared with us that that has brought healing in their lives and in their families through the ministry of Dr. Spahr. On behalf of the church, we ask for their forgiveness for the harm that has been, and continues to be, done to them in the name of Jesus Christ."


And, perhaps in the strongest rebuke to the church on this issue - the panel refused to convict Rev. Spahr of failing to "further the peace, unity and purity of the church." Instead, they chose to commend Rev. Spahr "for helping us realize that peace without justice is no peace."

Let those who have ears, hear.

Read the rest here ... and give thanks for the courageous witness of those like Janie Spahr who continue to incarnate God's love, justice and compassion.
Posted by SUSAN RUSSELL at 4:06 PM

For the record, we married 46 at All Saints Church between May & November 2008.

At the recent rally after the newest PropH8 decision in San Diego, Albert Ogle told the crowd, "we want to marry you!"

And, it means a lot to is that our marriage will be blessed in the Cathedral early next year.

Your bravery makes you more than a mere priest, Susan.

It would be against ECUSA canons as well. They're pretty clear about what constitutes a marriage.

From the Canons and Constitution of the Episcopal Church, Canon 18, sections 1 and 2:

CANON 18: Of the Solemnization of Holy Matrimony

Sec. 2. Before solemnizing a marriage the Member of the Clergy shall have ascertained:

(a) That both parties have the right to contract a marriage according to the laws of the State.

(b) That both parties understand that Holy Matrimony is a physical and spiritual union of a man and a woman, entered into within the community of faith, by mutual consent of heart, mind, and will, and with intent that it be lifelong.

IT, Susan, call it what you want - a civil ceremony, a marriage under the laws of the State of California, or whatever else - but a bond between two men or two women cannot be considered Holy Matrimony in The Episcopal Church as defined by the National Canons, which supercede anything your Diocesean convention may have put in your Diocese's canons or anything you may have said at the service.

There are those who receive our canons in this regard as descriptive of the time in which they were written regarding the gender of the couple in the marriage and not proscriptive in contexts where civil marriage is now available to same gender couples.

There will without a doubt be more arguments on these issues as we move toward General Convention 2012 and beyond but for now ... for us at All Saints Church ... when we CAN marry folks equally we will. Until then, we're not acting as agents of the state for any marriages.

Here endeth the update from the marriage equality front.