A Look at the Last 8 years of Claiming the Blessing 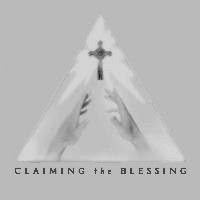 Started digging through the archives and just kept going ... here's a little look back down memory lane at just the tip-of-the-iceberg of the work and witness that Claiming the Blessing has done over these last 8 years:

• April 2001 – January 2002: Following General Convention 2000 a group of justice leaders began meeting as a collaborative to advocate for the full inclusion of LGBT people in the Episcopal Church and civil society, focusing specifically on the issue of the blessing of same-sex unions.

• January 2002: Meeting at the College of Preachers in January 2002, the name “Claiming the Blessing” was chosen to describe the mission of the collaborative and the decision was made to hire an Executive Director to focus the work through General Convention 2003.

• August 2002: Susan Russell began her tenure as Executive Director of Claiming the Blessing, working out of an office provided by All Saints Church, Pasadena.

• November 2002: CTB held a national conference in St. Louis, Missouri where the CTB Theology Statement -- making the case for the blessing of same-sex unions -- was introduced. The Theology Statement was subsequently published and distributed to every bishop and deputy in the Episcopal Church.

• December 2002 – June 2003: Regional gatherings were held all over the country introducing the Theology Statement and making the case for a General Convention resolution creating liturgies for the blessing of same-sex unions.

• June 2003: The election of CTB Steering Committee member Gene Robinson as Bishop of New Hampshire added securing consents to his election to the “to do” list for CTB.

• July 2003: General Convention 2003, meeting in Minneapolis, consented to the election of the Bishop of New Hampshire and passed a resolution (C051) falling short of the creation of specific liturgies for the blessing of unions but recognizing “that local faith communities are operating within the bounds of our common life as they explore and experience liturgies celebrating and blessing same-sex unions.”

• August 2003 – April 2005: The work initially envisioned to be completed with General Convention 2003 proved ongoing as those striving to orchestrate schism in the Episcopal Church continued to work to turn back the block on the gains achieved in Minneapolis. CTB committed to continue to meet and advocate, sending representatives to the Anglican Communion Office in London, observers to the AAC meetings in Plano TX and collaborating with other justice groups to organize “Justice IS Orthodox Theology” – a big tent conference held in Atlanta in October 2004.

• June 2006: “Voices of Witness” was released at General Convention 2006 as CTB’s response to the call for the Anglican Communion to listen to the witness of the gay and lesbian faithful. Dr. Gary Hall publishes a study guide to go along with the documentary, which will go on to win a Polly Bond Award for Excellence.

• July 2008: CTB teams up with Integrity & Inclusive Communion colleagues to field a "Lambeth Witness" team to witness to the good news of God's love in the work and witness of LGBT people in the Anglican Communion. At Lambeth Conference, Voices of Witness Africa is previewed -- a powerful witness to God's love available to all.
• July 2009: CTB is back at General Convention -- this time in Anaheim -- to work with allies to overturn B033 and move the church forward on blessings for same sex relationships.
And we're not done yet ...
Posted by SUSAN RUSSELL at 5:55 PM