And now for something completely different

Over Memorial Day Weekend I had the privilege of presiding at the blessing of the union of two FABULOUS men: Bill Horn & Scout Masterson.
. 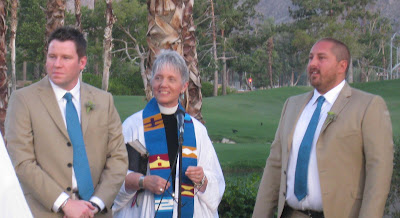 .
It was a great celebration of their already-blessed-by-God relationship ... together seven years and looking forward to a lifetime of happily-ever-after-together ... we were surrounded by friends and family from all over the country ... (here's Bill & Scout with their proud mamas) ...
. 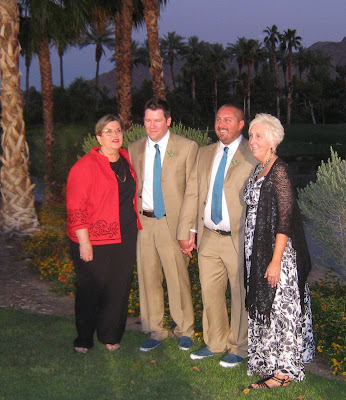 ... and -- oh yeah ... the camera crew who were there shooting the wedding for the television reality show "Tori & Dean: Home Sweet Hollywood."
. 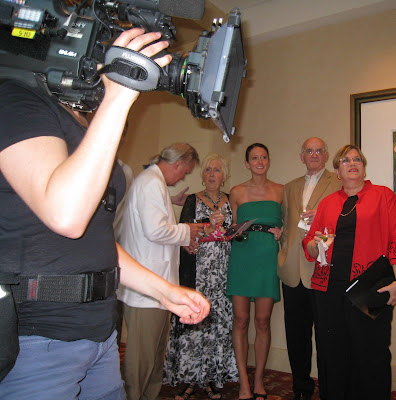 .
No kidding. Bill & Scout are BFF's of Tori Spelling and her husband Dean McDermott. In fact, they call them the "Guncles" (gay uncles ... get it?) to their two kids, Liam & Stella -- and they had their crew shoot the wedding for an episode of their show that aired last week. (And Liam was the two year old "is he going to bring the rings up at the right time or not" ring bearer.)

Now, I'm not much of a reality show fan and I honestly didn't know a whole lot about Tori Spelling other than what I've read in the occasional People Magazine on an airplane and that she's been a great supporter of LGBT causes here in L.A.
But what jumped out at me -- watching the wedding episode that aired last week -- was how much of the "story line" of her show is about a yearning to create a family with values that transcend the glitz and glamour of Hollywood ... and a grief about broken relationships within the wider Spelling family (especially Tori with her mom.)

And here's the "Hmmm ...." part: The place those values got represented? Those core traditional family values of love, commitment, support and showing up for each other? In the gay wedding. In the families gathered. In the vows exchanged. In the "not a dry eye in the house" as Bill & Scout pledged to love, honor and cherish until death do them part. And in the values of love, friendship and support Tori & Dean both offer these dear friends of theirs and model for those little bitty kids of theirs.

It was a great day. It was a great privilege to be PART of the great day. And -- I hope -- that all those out there in Reality TV Land who got to see an actual "live in captivity gay wedding" also took away with them the sense of joy and commitment and celebration we shared with Bill & Scout on their happily ever after weekend.

So here's to family values -- to love & commitment in general and to weddings in particular ... to all who take that brave leap of faith and stand up in front of God, the preacher and all their friends and relatives and make those vows to love, honor and cherish.

Posted by SUSAN RUSSELL at 2:37 PM

I wanna know how you get to be named Scout Masterson??? What a great amalgamation of American pop literature! Go Scout!