Ants at the Anaheim Picnic 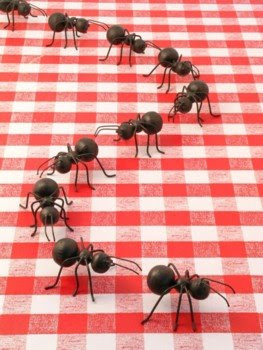 From Doug LeBlanc's story -- filed April 3 with The Living Church -- this little bit of Fun Facts to Know & Tell About the Agenda of the Orthodite Right:

“We do not believe that Canterbury will recognize us, at least while the current archbishop is still in office,” said the Rev. J. Philip Ashey, the AAC’s chief operating officer and chaplain, in a brief speech in the suburbs of Richmond Va. Fr. Ashey compared the AAC to the Special Forces of the U.S. military. “Like Special Forces, we go behind the scenes and we blow up things,” he said.

So there you have it.

I used to get accused of hyperbole (imagine!) when I said the AAC crowd was ready to split the church if they couldn't recreate it in their own image. Turns out "split" was too light a thing ... now, by their own verbiage, they're in the "blowing things up" business.

And we care about this because????

Pray for the orthodox bishops, clergy and laity who will be deputies to General Convention. The AAC will be there to assist the orthodox in their witness.

Assist "the orthodox"?? Like with "special forces" working "behind the scenes" to "blow things up?"

Remember that the next time some well meaning "moderate" says, "Well, maybe if we just wait a little longer -- do a little more theology -- have some more dialogue -- appoint another committee to do another study."

Time to MOVE ON ... and that's what we'll be asking our bishops and deputies to do in Anaheim this month -- ants at the picnic and Special Forces notwithstanding.
Posted by SUSAN RUSSELL at 9:38 PM

May I offer one tiny edit -

Remember that the next time some well meaning "moderate" says, "Well, maybe if we just wait a little longer -- do a little more theology -- have some more dialogue -- appoint another committee to do another study -- volunteer someone else to stand in a crucified place!"

I dearly love her, but Dios mio, I don't wanna hear that come outa her mouth again!

"Blow things up", eh?!
Wonder if they will be strutting into the convention center to the tune of "Onward Christian Soldiers"?
Time to Amdro the Ants at the Anaheim Picnic.

I think the sound track to this piece ought to be "ANTS MARCHING" by Dave Matthews Band. Perhaps that's what we should play whenever we walk by their "booth" at GC.

Hi Susan: If you are going to quote the AAC, the quote should be complete. The things to be blown up are principalities and powers. (Romans 8:38-39)

Plus, the AAC is an orthodox presence at GC. It's good to have a balance in the voices, don't you think? Amidst all of them and in the silence, we may hear the voice of God.

Marcia ... Thanks for dropping by.

Actually, I was quoting "The Living Church" quoting the AAC. (the article is linked in the blog.)

And ABSOLUTELY having different voices at the table is a good thing ... and our deepest hope is that having the schismatics "go in peace to love and serve the Lord somewhere else" will allow us to get on with the work of building bridges within the Episcopal Church across theological divides ... rather than continue to exploit those divides into divisions to further the AAC separatist agenda.

Just thought some insight from an "Athiest" Philosophy/Psychology student might be helpful. So I have some qaulifications and less bias.

I have thought some about these problems in your church. And theology has little to nothing to do with. There are deep psychological roots to these problems and ironically enough Christianity has its very birth in these roots!

Also, "moderate" is a bad word choice for your comment. These moderates are in reality just expressing what we in philosophy might better term "consequentialism" which is just trying to find the greatest good for the greatest number.

Although this is a bad position for minorities that want justice and not the greatest good for the greatest number.

Best of Luck at the Convention

I'm sorry, Susan, but I'm not going to buy into the progressive-guilt myth that we need this "orthodox presence" and its voice.

They're not needed, they're not wanted, their message has no value for us, and they've had their shot with us. Time to send them away, end of story.

I guarantee you, no one can tell me what this great "value" is that they present to us.

Well, yes! And what is the AAC except orthodites? They're not "conservative" nor "orthodox" - they neither conserve anything nor believe rightly - they are petulant adults destroying everyone else's peace because they didn't get what they want . . . and should be treated as such.

Why is not "orthodite absolutist" a voice or perspective, however incorrect or ignorant?