TEC: The Flagship of Anglicanism 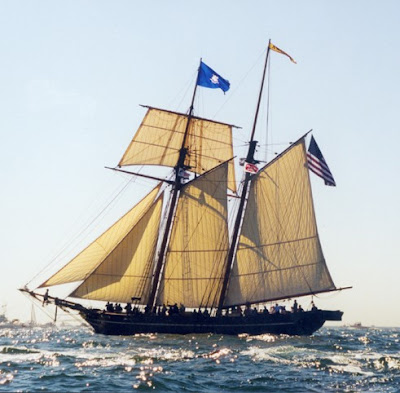 By Dr. Marion Hatchett in the GTS Alumni Magazine, Summer 2009 (via email)

The American Church jumped way out ahead of the Church of England and other sister churches in a number of respects. One was in giving voice to priests and deacons and to laity (as well as bishops and secular government officials) in the governance of the national church and of dioceses and of parishes. The early American Church revised the Prayer Book in a way that went far beyond revisions necessitated by the new independence of the states.

At its beginning the American Church legalized the use of hymnody along with metrical psalmody more than a generation before use of "hymns of human composure" became legal in the Church of England. At an early stage the American Church gave recognition to critical biblical scholarship.

Historically the American Church has been the flag-ship in the Anglican armada. It has been first among the provinces of the Anglican Communion to take forward steps on issue after issue, and on some of those issues other provinces of Anglicanism have eventually fallen in line behind the American Church. My prayer is that the American Church will be able to retain its self-esteem and to stand firm and resist some current movements which seem to me to be contrary to the principles of historic Anglicanism and to the teachings of the Holy Scriptures.
Posted by SUSAN RUSSELL at 12:52 PM

And don't we owe our existence to the Church of Scotland?

I'd say we owe our thanks to the bishops in Scotland who helped us throw off the yoke of English Imperialism but we owe our existence to visionary leaders who dared to imagine a nation -- conceived in liberty and dedicated to the proposition that all are created equal -- and a church that would be likewise established ... melding the best of what is "Anglican" with the core values of what it what it was being imagined it was to be "American" in 1789.

William White, priest at the time and later bishop, postulated a "Case" for how the church could go forward in the USA without bishops -- and masterfully helped bring together diverse points of view in the aftermath of the revolutionary war. Yes, some of our early bishops were consecrated for us in Scotland, but important ways of working together and forming a polity came from the genius of the political minds of the day.

On another front, the first woman priest was ordained in wartime Hong Kong in 1941 -- and the C of E asked them to take it back -- still just a touch of humility -- we aren't always first ...

It is not always a matter of being first. TEC consistently has been a forward thinking community. We have always had our Luddites and from time to time they have had short term victories (cf. consent for the consecration of Fr. DeKoven.) But we have always come back to our forward oriented course.

True the first woman was ordered somewhere else, but unlike England we did not try to get it reversed and when we finally moved it was decisivly.

That is why I find the canard that we have not 'done the theology' so evil. Yes, we have. Some may not like it, especially if they begin with a conclusion (cf. ACNA) but we have.

That Professor Hatchett writes is good news! We've been praying for your health, Marion. What my professor writes is also good news, a story that awakens.
Let's not forget that part if not most of ABC Rowan's frustration with TEC and the words that indicate that state of mind are just contemporary versions of an historic "appreciation" from the CofE. Tobias Haller has also indicated this as well is his http://jintoku.blogspot.com/2009/07/reading-rowan-part-first.html
No wonder so many of us felt like Rowan was frumpy and condescending in Anaheim while he thanked us for our continuing the conversation and then warned us not to mess up things any further.
However we understand our flagship role, we needn't misread Marion and do whatever we like as if that were the precedent we'd set for ourselves and the rest of is "anglican." But let's at least add a grain of salt to our reading of ABC Rowan and the fictions he purports as history in making a way for false unity of a Covenant held together with nudges and winks.