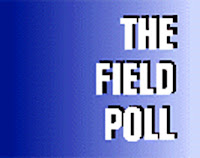 Signaling a generational shift in attitudes, a new Field Poll on Tuesday said California voters now support legal marriage between same-sex couples and oppose a state constitutional amendment to ban gay marriage.
By 51 to 42 percent, state voters believe gay couples have the right to marry, according to a May 17-26 poll of 1,052 registered voters.
However, the same poll revealed a California electorate that remains sharply divided over gay marriage – split by age, political affiliation, religion and the regions where they live.
The poll was taken after the May 15 California Supreme Court decision overturning a state ban on same-sex marriages. The results marked the first time in more than 30 years of state polling that a majority of Field Poll respondents favored making gay marriage legal.
.
Posted by SUSAN RUSSELL at 10:46 AM