Episcopal Divinity School will be presenting Honorary Degrees at Commencement Ceremonies tomorrow in Cambridge. Receiving on honorary doctorate is our own, fabulous ... 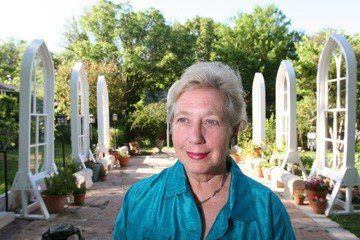 From the EDS Press Release:

Katie Sherrod is a freelance writer and television producer based in Fort Worth, Texas, and a contributing editor to The Witness. She is an outspoken advocate for women’s reproductive rights, and for battered women. In 1972, she wrote a newspaper series on the crime of rape, which led to the formation of the Rape Crisis Task Force, now the Rape Crisis Center. Another series she wrote on battered women was the basis for the made-for-TV movie “Battered,” and caused the formation of Women’s Haven, a United Way sponsored shelter for battered women and their children.

A pioneer among women journalists, she was the metropolitan editor of the Fort Worth Star, and was named one of Fort Worth’s Outstanding Women in 1988, and Texas Woman of the Year in 1989. In recent years she has been a spokesperson for LGBT inclusion and for the mainstream voice of the Episcopal Church in the Diocese of Fort Worth.

A life-long Texan, Katie lives in the Diocese of Fort Worth with her husband, Gayland Poole+. A founding member of Claiming the Blessing and long time Integrity member, Katie produced both "Women of the Table" -- a wonderful video telling the stories of women in the Episcopal Church for the ECW and "Stand in the Temple & Tell" -- another wonderful video (commissioned by the Episcopal Women's Caucus) telling the history of the movement for the ordination of women in the Episcopal Church.

She is currently involved in pre-production work on "Voices of Witness: Africa" -- a video project celebrating the witness of LGBT Anglican Africans. Her powerful prophetic voice is a gift to the WHOLE church. "Bravo!" to EDS for recognizing it and celebrating it with this well deserved honor.

This is wonderful! I check you and Katie everyday (among others). Thank you both for your energy and excellence in writing and staying informed for those of us who are too lazy to work that hard!
God bless

Woo hoo! My alma mater has most excellent taste.