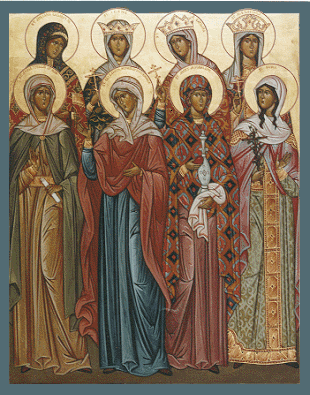 Thinking Anglicans have posted this press release, dated 5/14/2008:
In an outspoken statement sent this week to all bishops in the Church of England, nearly half of all licensed women clergy called for no further delay on women bishops, but also, for no further discrimination written into the legislation.
The statement, drawn up by leading women priests, states: “We believe that it should be possible for women to be consecrated as bishop, but not at any price. The price of legal ‘safeguards’ for those opposed is simply too high, diminishing not just the women concerned, but the catholicity, integrity and mission of the episcopate and of the Church as a whole.”
It goes on to say: “We cannot countenance any proposal that would, once again, enshrine and formalise discrimination against women in legislation.” None of the 15 Anglican provinces which have voted for women bishops have included discriminatory legislation.The statement challenges any suggestion that those who want the simplest statutory provisions do not care for those who remain opposed to women’s ordained ministry, and points to “strong relationships” and to the possibility of a code of practice that make “the passing of a single clause measure realistic in today’s Church, as well as theologically and ecclesiologically cohesive.”
The statement declares that “all bishops should work within clear expectations and codes of practice. The language of “protection” and “safeguard” is offensive to women, and we believe the existing disciplinary procedures are enough for women or men to be brought to account if they behave inappropriately.”
The covering letter, dated 11th May 2008, is signed by Jane Hedges, Canon Steward at Westminster Abbey, Rosemary Lain-Priestley, Secretary of the National Association of Diocesan Advisors in Women’s Ministry and Lucy Winkett, Canon Precentor at St Paul’s Cathedral and more than 500 other ordained women. Since then a further 213 women priests have added their names to the statement, representing nearly half of all ordained women in the Church of England.
Posted by SUSAN RUSSELL at 12:33 PM

It sounds like what the women clergy in England want is a Covenant that all will have to agree to whether or not they do.
Is that a fair reading of this?
I thought that the same folks opposed any Covenant that assigned a single belief for the church?
Just an observation and a plea for consistency.

jim ... it's apples and oranges again.

No one -- including the women clergy -- is asking anyone to "agree" with them on the issue of women's ordination ... what's being asked is that the church move beyond bigotry by restricting a percentage of the baptized from a percentage of the sacraments (in this case, women from ordination.)

Being excluded because of who you are is what we're talking about here.

Excluding others because they don't agree with you is the concern about the current draft of the Coventant.

But the way it reads is that the women priests want no provisions for "flying" bishops to administer to areas of the church that don't agree.
I could be wrong, but it sounds like they want a provision that forces compliance on everyone.
Thanks for responding.

Susan, this is saying that a "Conscience Clause" is not going to be tolerated in the C of E. Good for them! The "Conscience Clause" that the HOB consented to 30 years ago has been a source of 3 decades of proof-texting for those who have been unwilling to consider women as clergy in any order. It has been touted as gospel by those who are not willing to find in history the truth of women's ministry and administration in the early church and in all subsequent eras.

We need more of this throughout the communion.

If women as bishops is imposed on the C of E without a conscience clause, the C of E will splinter. You may regard conservatives as unthinking, unfeeling bigots, and it is your right to think so -- but we do have convictions and we cannot be compelled to act against them.

I wish it were possible for a truce to be declared for several year's time, in which congregations and clergy could prayerfully decide which way they would rather follow, with the option of going with either a "progressive" or a "conservative" body -- but I suspect that too words have been said and too many feelings have been hurt to do something of that sort.